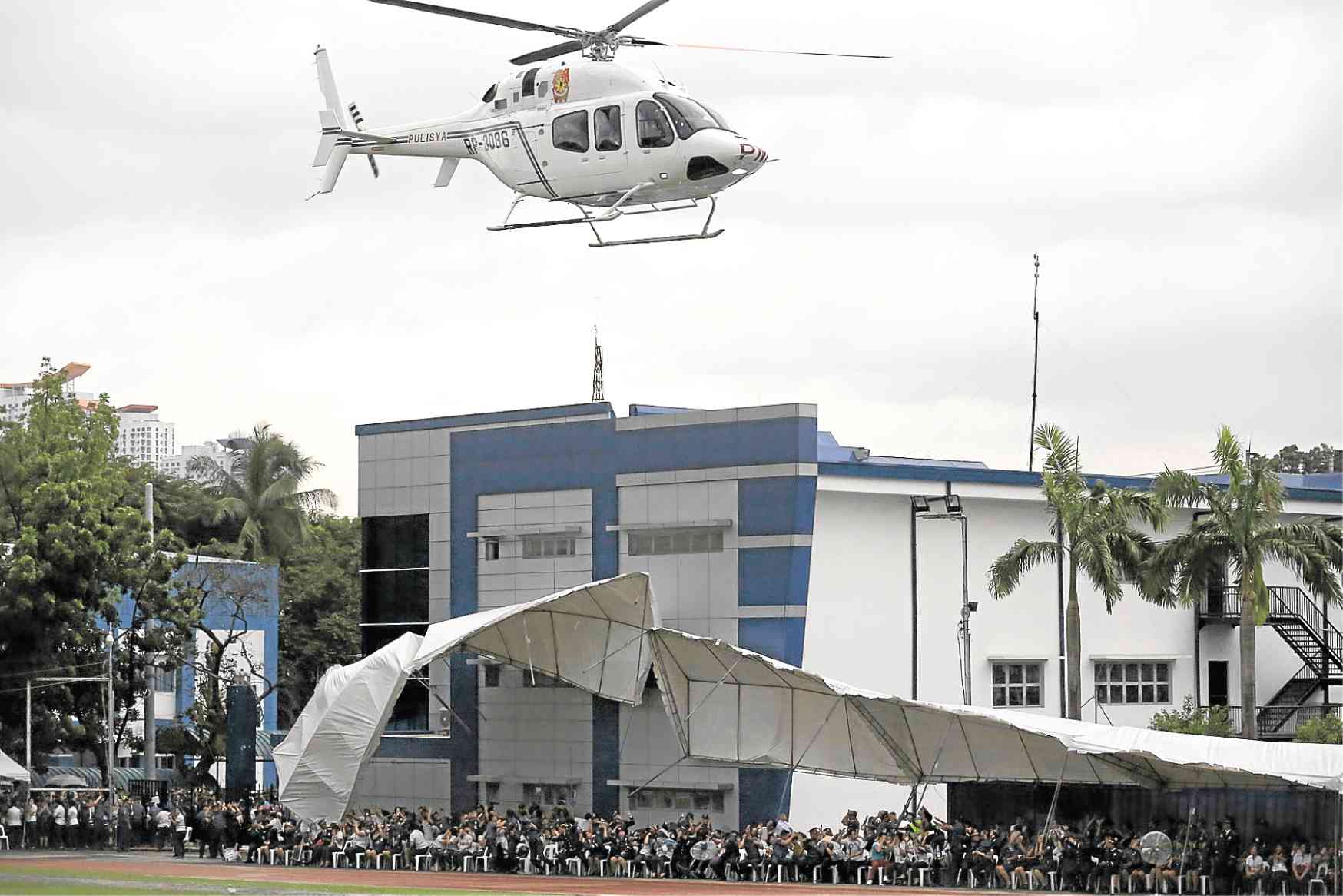 WATCH OUT BELOW Tents tethered to poles are blown away while a giant LED screen collapses as the PNP’s newest helicopter does a flyby.—JOAN BONDOC

A policeman and two civilian employees suffered minor injuries on Wednesday after the newest helicopter of the Philippine National Police literally brought the house down while executing a flyby during a ceremony marking the police service’s 117th year.

The PNP initially denied anyone was hurt during the maneuver carried out by the Bell 429 twin-engine helicopter, which was assigned to the Special Action Force.

However, the PNP General Hospital reported on Thursday that at least three people were injured when the rotor blast of the low-flying helicopter caused an outdoor giant LED screen worth P3 million and a tent to collapse.

Several other tents were nearly blown down by the strong blast of wind from the helicopter, causing some people attending the anniversary rites to run away or duck for safety.

According to the hospital, two of the injured—a 42-year-old female noncommissioned officer and an elderly civilian employee—sustained minor head injuries while a 52-year-old nonuniformed personnel hurt her knee.

The PNP General Hospital said the three were discharged after undergoing tests and receiving treatment.

Senior Supt. Benigno Durana Jr., PNP spokesperson, acknowledged that the incident was a “slight embarrassment” for the PNP.

He said the planning committee of the 117th PNP service anniversary would hold a debriefing “very soon” for the persons involved in the “incident.”

Durana told the Inquirer that the planning committee, through the debriefing, wanted to determine what caused the “incident.”

He said the pilot was “well-trained” and the personnel involved in operating and maintaining the new aircraft were trained by Americans.

The PNP bought the P435.8-million helicopter in April for anticrime, counterterror and other emergency operations.

It was acquired through a supply contract awarded on June 28 last year to the Texas-based Bell Helicopter Textron Inc.