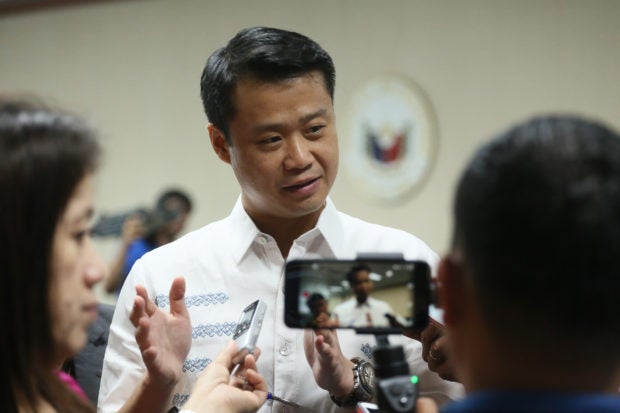 Senator Sherwin “Win” Gatchalian on Thursday thanked President Rodrigo Duterte for including rice tariffication as one of the priority bills.

The proposed tariff system aims to amend the current Agricultural Tariffication Act of 1996, which allows the National Food Authority to monopolize rice importation in the country.

“I would like to thank President Rodrigo Duterte for including rice tariffication as one of his priority bills,” Gatchalian said in a statement.

Under the new measure, imports can be open to private traders that could potentially increase the supply of rice. The prescribed limit on the volume of rice imports would also be lifted.

Price reduction can then go as much as P4.31 per kilogram, or P2,362 savings for each Filipino household with five members per year, according to the National Economic and Development Authority.

Gatchalian, however, asserted he hopes the President would also label the bill as urgent, “so that underprivileged Filipinos will have access to more affordable rice at the soonest possible time.”

(This proposed bill would be a big help to mitigate hunger and poverty that many of our countrymen suffer from.) /jpv