Duterte: Robredo ‘incompetent,’ will never be ready to become President 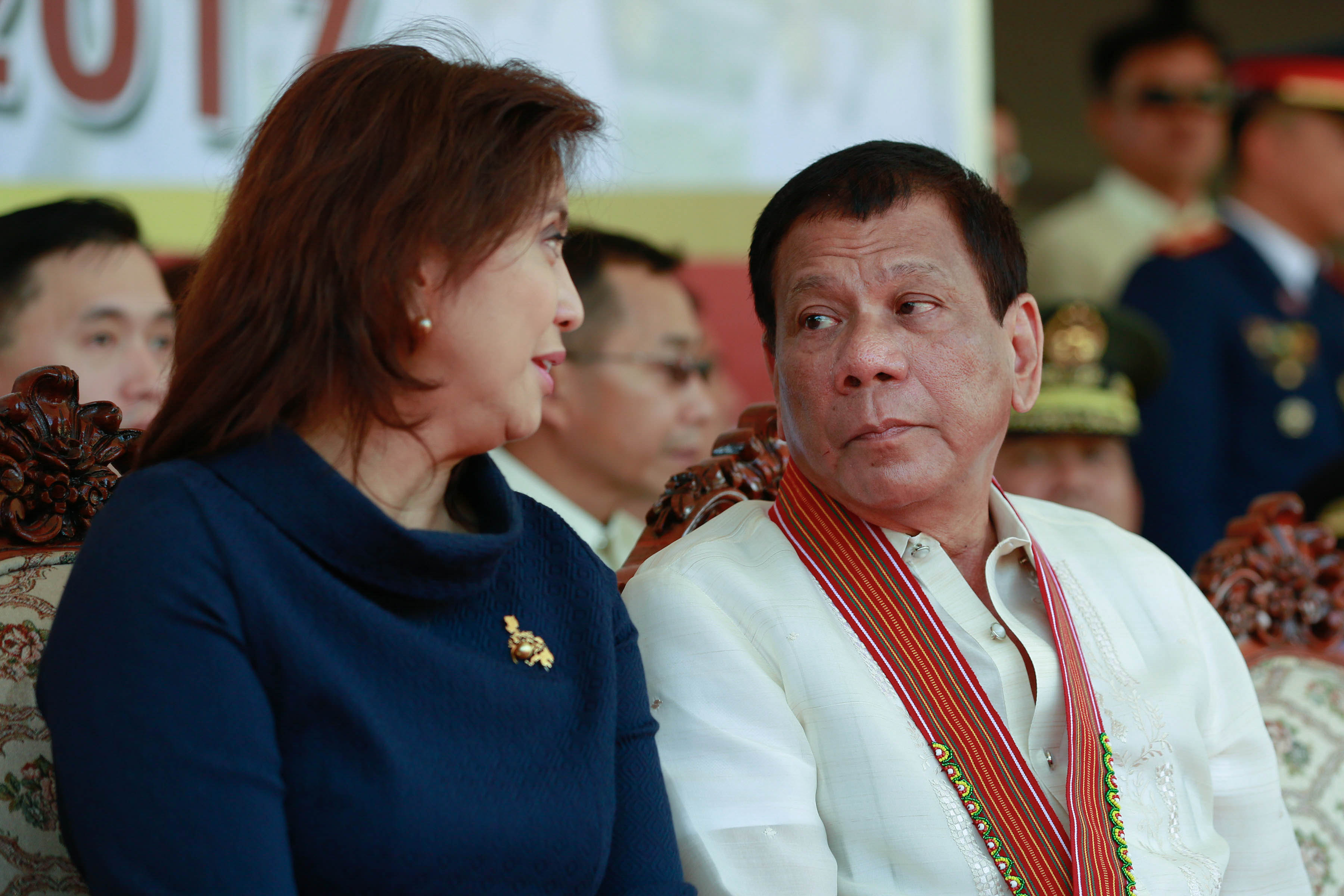 In an ambush interview in Clark, Pampanga, Duterte said he would not resign as President and would let the people decide on his successor.

“Siya ang mag-presidente (She will become president)? Look, I will not resign because it will make her president. My resignation is addressed to the people para makapili sila ng gusto nila (so that they can choose who they want). Siya, I don’t think she can ever be ready to govern my country. Reason? Incompetence,” he said.

Duterte’s stinging remarks against Robredo came hours after the Vice President said she was willing to lead and unite the opposition against the Duterte administration.

The President said the next leader to head the transitory government should be elected by the people and not through “succession.”

“Wala. Hindi ako papayag ng succession (No. I won’t agree to a succession). Would you think that the other guy is better than me,” he said.

“[It should be through an] election. Madaming magandang lalaki diyan. Mamili lang kayo (There are a lot of good guys out there. Just choose one),” he added.

Duterte on Monday said he no longer wanted a role in the transitory government and wanted a “younger” new leader to oversee the transition.