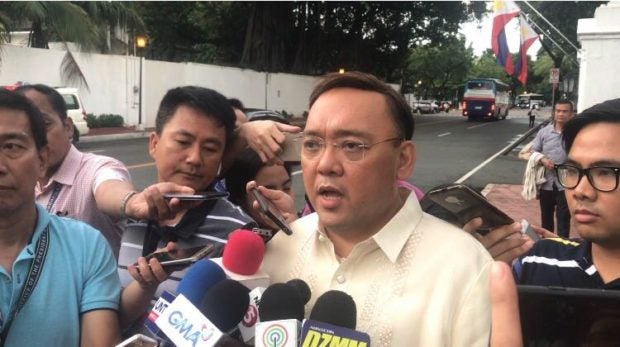 President Rodrigo Duterte wants voters to elect a ‘younger’ new leader to oversee the transition of the government into the proposed federal system, presidential spokesperson Harry Roque said on Monday.

He said the President would no longer want to have a role in the transition government because he was already “tired” and would prefer someone “younger” to lead the change.

“He’s asking for a provision in the the proposed new constitution that the transitory leader should be elected by the people,” Roque, speaking in Filipino, told reporters in Malacañang.

He said the President was expecting the new federal charter to be in place by 2019, by which time he would be ready to step down.

Roque said Duterte met with the members of the Consultative Committee after the turnover of the draft federal constitution.

The President had asked them to include in the draft charter a provision that would cut short his six-year term.

“That’s his proposal. First of all, it will remove the suspicion that he’s planning something else with this charter change. And second, he’s also very, very tired,” Roque said. “He said he was very tired. He is old and perhaps electing a transition leader would enable a younger leader to take over.” /atm