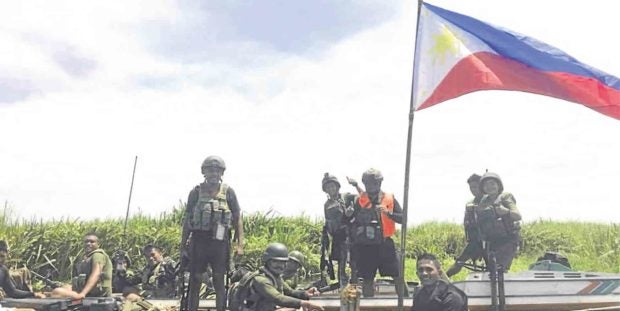 Tahira Kalantongan, Pikit disaster risk reduction and management officer, said that in her town alone, at least 10,000 people from the villages of Buliok, Talitay, Bago-inged, Barongis and Rajamuda left their homes when the military conducted airstrikes and ground assault against BIFF gunmen near Liguasan Marsh.

Kalantongan said no civilian community was hit in her town but residents were forced to leave out of fear.

“They feared for their lives, they hurriedly left their barangay after they [took] their early morning meal [in preparation] for the day’s fasting,” she said.

The ARMM’s Humanitarian Emergency Action and Response Team (ARMM-HEART) said it sent relief workers to Pagalungan, where more than 1,700 families had fled.

Myrna Jo Henry, ARMM-HEART coordinator, said relief goods had been given to evacuees from the villages of Kudal, Buliok and Inug-ug, who took shelter at the Pagalungan public market.

The military said no civilian area was targeted in what it called as “surgical airstrikes” and ground operations against BIFF gunmen, led by Esmail Abubakar alias Commander Bungos.

Brig. Gen. Cirilito Sobejana, commander of the 6th Infantry Division (ID), said at least 15 BIFF gunmen were killed and eight others were wounded in operations conducted in the Pawas area, straddling the towns in Maguindanao and North Cotabato.

A report from Reuters said between 60 and 100 BIFF men were in the vicinity when the assaults began.

“We were able to destroy their main IED (improvised explosive device) factory in southern Liguasan, and this is a big loss to them,” Sobejana said.

He said the BIFF casualty figure was based on reports that the military had been getting from the ground. No soldier was reported wounded or killed in the operations. 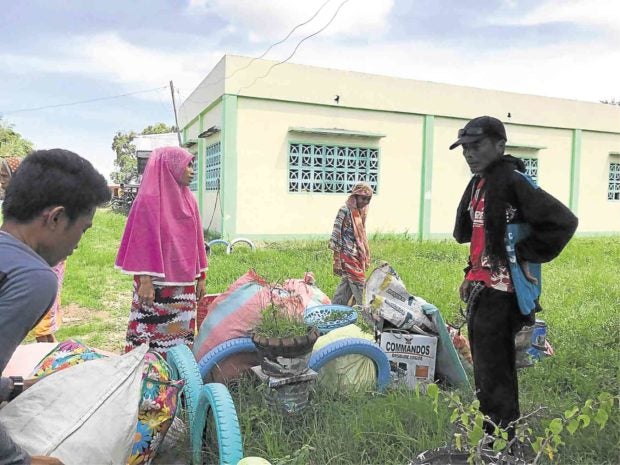 DISPLACED Evacuees from remote villages of Pikit town in North Cotabato seek shelter at an Arabic school compound in the town center as the military pursues Moro rebels in their community. —FERDINANDH CABRERA

“We have no casualties. The enemy fatalities were verified,” said Capt. Arvin John Encinas, spokesperson for the 6th ID.

“[The strike] was surgical and the targets are specific and outside civilian areas,” he added.

But Abu Misri Mama, BIFF spokesperson, disputed the military report, saying there was no casualty on their side. “We are not affected by the airstrikes,” he said.

“The suspects threw their weapons and improvised bombs in the water when we blocked all their escape routes. Ustadz Anwar is known as Abu Omar, a bomb expert in the group,” Cabunoc said.

He said soldiers also recovered a sniper rifle and an M4 carbine rifle from the suspects.

“We ease the fear of our people and assure them that safety procedures were undertaken and deliberately planned by [the military], giving due concern to the safety of the civilian populace,” he said. —With reports from Jeoffrey Maitem, Julie Alipala, Karlos Manlupig and the wires