Heavy rains cause floods, suspension of classes in Albay town 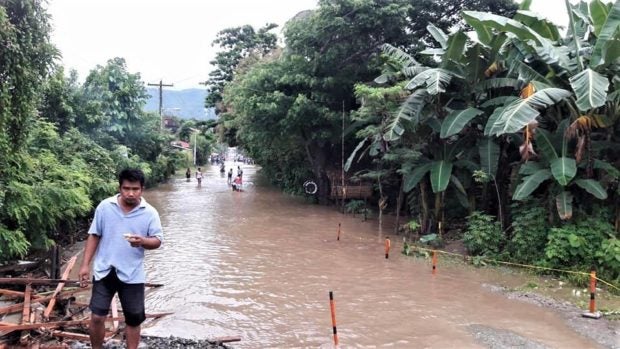 Residents in a coastal village in Libon, Albay found their area flooded after a night of heavy rain. Photo by Michael Jaucian, Inquirer Southern Luzon

“We were caught by surprise, the hammocks I made and about to sell have disappeared after it was carried away by the flood,” he said.

The administration of Pantao elementary school also suspended classes Thursday as the entire campus was submerged in flood waters. Even the St. Raphael Archangel Parish of Pantao was not spared from flooding.

The flood also inconvenienced motorists traversing highways. Debris like pieces of branches and coconut husks brought down by the flood water from the mountains blocked the major canals in the village. 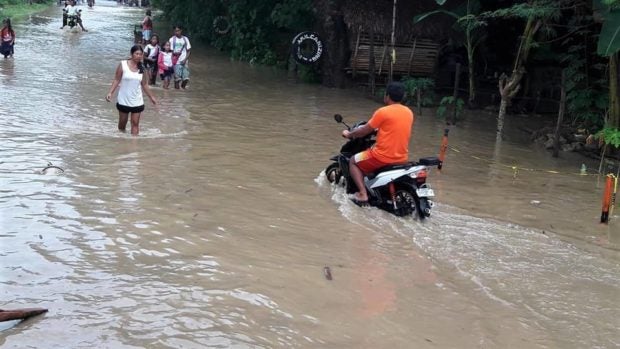 Residents in a coastal village in Libon, Albay found their area flooded after a night of heavy rain. Photo by Michael Jaucian, Inquirer Southern Luzon