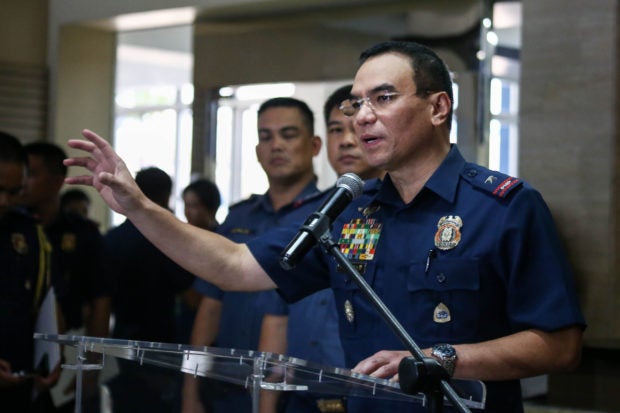 Metro Manila’s top cop is proposing surprise inspections of bags and lockers of students as a way to deter the proliferation of illegal drugs in schools and among the youth.

“Let’s approach those who are not yet involved in drugs,” Eleazar said in Filipino during the regular Kapihan sa Manila Bay forum.

“We are proposing surprise inspections of their bags and lockers. The inspection would be supervised by the Parent-Teachers Association, so the parents would be aware,” he explained.

Eleazar said he would coordinate with the legal officer of the Department of Education (DepEd) regarding the proposal.

In the same forum, DepEd Usec. Jesus Mateo said they would study first the proposal as well as its implications on students and in schools. /kga