7 die as suicide bombing targets gathering of clerics in Kabul 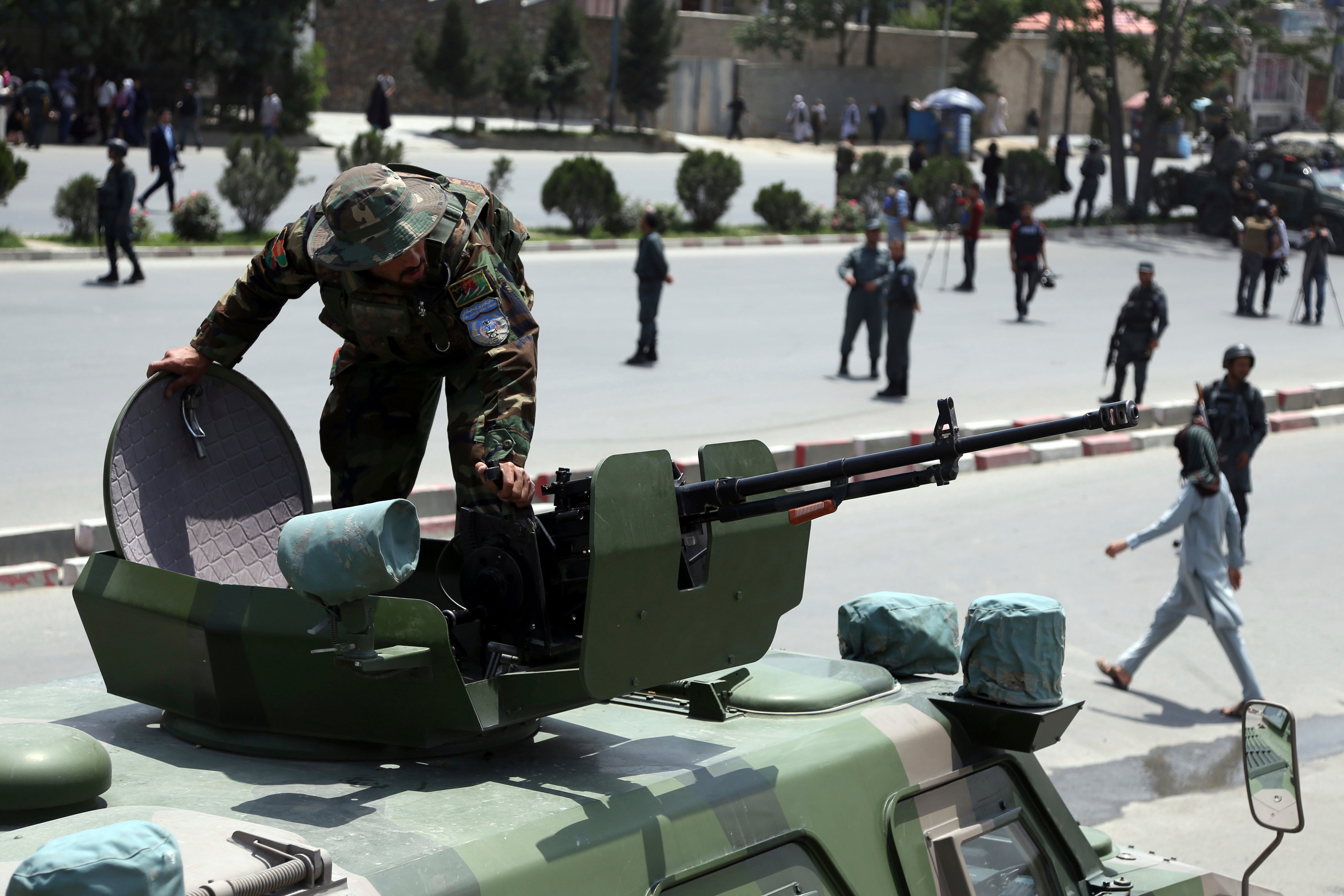 KABUL, Afghanistan — A suicide bombing targeted a gathering of Afghanistan’s top clerics on Monday in Kabul, killing at least seven people and wounding 20, the police said. Shortly before the attack struck, the clerics had issued a fatwa against suicide bombings and urged peace talks to end the Afghan war.

Ghafor Aziz, police chief of Kabul’s 5th District, said the bomber detonated his explosives near the entrance of a compound where the religious body, known as the Afghan Ulema Council, was meeting under the traditional tent of the Loya Jirga, the council of elders.

No one immediately claimed responsibility for the attack.

Initially, four people were reported killed but the police very soon raised the death toll to seven. It was not immediately clear how many of the clerics were among the casualties.

Aziz added that had the attacker penetrated deeper, the casualty numbers could have been significantly higher.

Around 2,000 members of the council had gathered for the meeting at the tent erected in the Afghan capital’s 5th District. The explosion struck as the council was ending and the participants were about to leave, Aziz said.

Shortly before the attack, the clerics had issued an Islamic ruling, or a fatwa, declaring that suicide attacks are “haram” — forbidden under Islamic law.

The council appealed on both the Afghan government forces and the Taliban and other militants to halt the fighting and agree on a cease-fire. It also called for peace negotiations between the two sides. It was the first time the council has issued such an appeal.

Less than an hour before the attack happened, Ghofranullah Murad, a member of the council, read out a written statement from the gathering saying that innocent Afghan men, women and children are the true victims of the 17-year-long war.

“The ongoing war in Afghanistan is illegal and has no root in Sharia (Islamic) law,” the statement said. “It is illegal according to Islamic laws and it does nothing but shed the blood of Muslims.”

“We the religious Ulema call on the Taliban to respond positively to the peace offer of the Afghan government in order to prevent further bloodshed in the country,” it added.

The fatwa also said that killing people by any means — such as bombs and suicide attacks — as well as violent acts, including robbery and kidnapping, count as sins in Islam.

Elsewhere in Kabul, three civilians, including a woman, were wounded when a sticky bomb attached to their car went off in the Koti Sangi area on Monday, said Hashmat Stanekzai, spokesman for the Kabul police chief.

The Taliban in April announced the start of their annual spring offensive but in recent years, the insurgent group and also the Islamic State affiliate in the country carry out near-daily attacks through all the seasons. The Taliban have managed to seize control of several districts across the country and regularly target Kabul, the capital.

Both militant groups seek to establish strict Islamic rule in the country. Their relentless assaults underscore the struggles that Afghan forces have faced since the United States and NATO concluded their combat mission in Afghanistan at the end of 2014.

Though the U.S. formally ended the combat mission, thousands of American troops remain in Afghanistan in a counterterrorism and supporting role. The Trump administration has sent additional troops to try to change the course of America’s longest war.