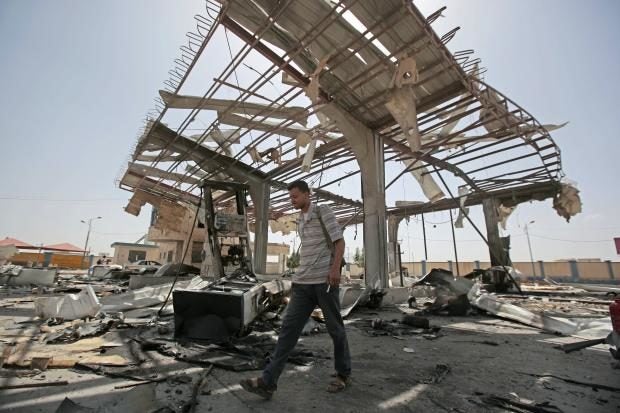 A Yemeni man walks on the rubble of a petrol station after it was hit by Saudi-led airstrikes in Sanaa, Yemen, Sunday, May 27, 2018. Yemeni security officials say a Saudi-led coalition airstrike in the capital has killed at least four civilians and wounded over 10 others. (Photo by HANI MOHAMMED / AP)

Government forces have been trying to seize rebel-held areas along the western coast, while an allied Saudi-led coalition has been targeting the rebels with airstrikes in the northwestern Saada province.

The officials spoke Sunday on condition of anonymity because they were not authorized to brief the media, while the witnesses did so for fear of reprisals.

The coalition has been battling the Iran-allied rebels, known as Houthis, since March 2015 in a war that has killed more than 10,000 people. The Houthis control much of northern Yemen, including Sanaa.