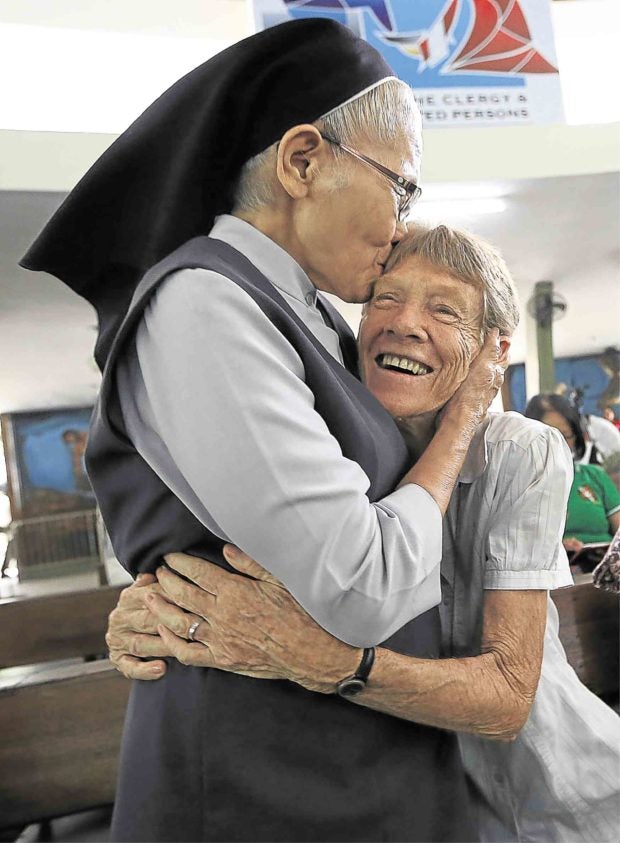 Although not surprised, the House of Representatives Makabayan bloc condemned on Thursday the Bureau of Immigration’s (BI) denial of the appeal of Australian missionary Sister Patricia Fox to reinstate her missionary visa and continue her stay in the Philippines.

(We condemned this especially the intent of this, even though we know how many years sister Patricia Fox had been here serving the poor, farmers and workers, she had become under attack that has been translated into a policy to kick her out, and she is a woman.)

Anakpawis Rep. Ariel Casilao, in a statement, said they had already expected the outcome of the BI’s decision, given that President Rodrigo Duterte had criticized Fox in his previous speaking engagements.

For his part, Bayan Muna Rep. Carlos Zarate urged Justice Secretary Menardo Guevarra to look into the 71-year-old nun’s case, saying it poses a “dangerous precedence” in what political and partisan activities may mean.

(We are calling the attention of Justice Secretary Guevarra to look into this issue impartially because I think BI has put a blind eye on this. They are saying that she engaged in a political activity when she issued a solidarity message to the workers of Coca-cola, that is not partisan or political activity.)

(It is dangerous for the Immigration to define what is a political activity, they are stretching the definition of this too far against those perceived critics of the government.)

On Wednesday, the BI affirmed its decision to expel Fox for her alleged participation in partisan politics and activities.

The Immigration also warned the peasant advocate that they would file another deportation case against her if she refuses to leave the country by Friday, May 25.

BI tells Sister Fox: Leave PH by May 25 or face another deportation case

But Fox maintained her ground as her lawyer, Atty. Jobert Pahilga, said she would not leave the country anytime soon and that they would exhaust all available legal remedies against the forfeiture of her missionary visa.

“For the said order, if not challenged, will have far-reaching implications to other missionaries similarly situated with Sister Pat as the BI can now rule and decide what activity is considered political or not,” Pahilga said in a statement. /jpv