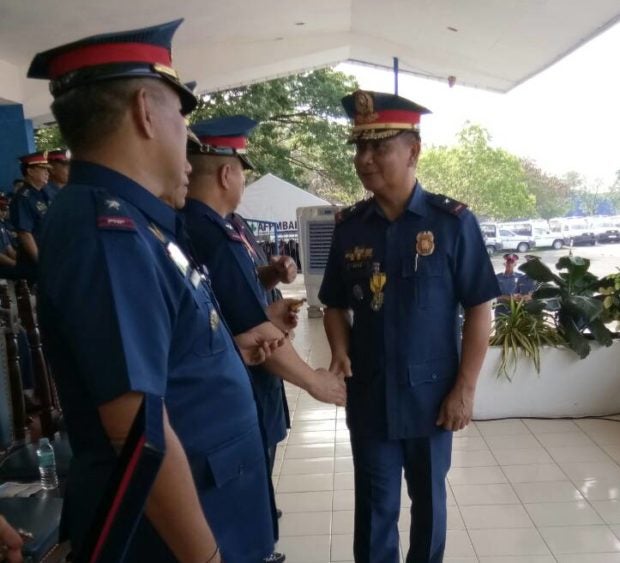 Unlike his predecessor who was known for giving his men “tough love,” the new head of the Metro Manila police is taking a different tack: he showers the police force with rewards to boost their morale.

Just more than a month after he was appointed as chief of the National Capital Region Police Office (NCRPO), Director Camilo Cascolan has given his men medals and certificates to recognize their “accomplishments.”

During the flag-raising ceremony on Monday at Camp Bagong Diwa in Taguig City, Cascolan gave 16 policemen the Medalya ng Kasanayan (Medal of Efficiency) and Medalya ng Kagalingan (Medal of Merit) for their “exceptional performance” on a number of events, including the peaceful conclusion of the May 1 Labor Day protests and the barangay and Sangguniang Kabataan (SK) elections.

In a statement, Cascolan said rewarding NCRPO personnel will serve as “motivation and appreciation for doing their jobs excellently.”

The awards could be converted to vacation leave credits, he added.

The SPD also received an award for “neutralizing” Rodelio Lava, the robbery-homicide suspect who was shot in the head after he allegedly grabbed a policemen’s gun while handcuffed and on the way to a medical check-up.

Lava was tagged as the killer of Dr. Harivelle Hernando, the dean of University of Perpetual Help Dalta’s school of medicine in Las Piñas.

The MPD, meanwhile, was recognized for securing the Worldwide Walk for Poverty organized and attended by members of the Iglesia Ni Cristo religious sect.

Cascolan assumed the position of NCRPO chief when Director General Oscar Albayalde was appointed by President Duterte in April as chief of the Philippine National Police.

During his term as NCRPO chief, Albayalde sacked police scalawags – from the lowly police officers to superintendents – who were suspected of involvement in corrupt activities and for negligence.

In September 2017, he also relieved the whole 1,000-strong Caloocan police station, leaving only the police chief and his deputy, after they were tagged in a series of warrantless searches and the summary execution of teenagers Kian delos Santos and Carl Angelo Arnaiz.