Group pleads for release of NPA leader nabbed in hospital 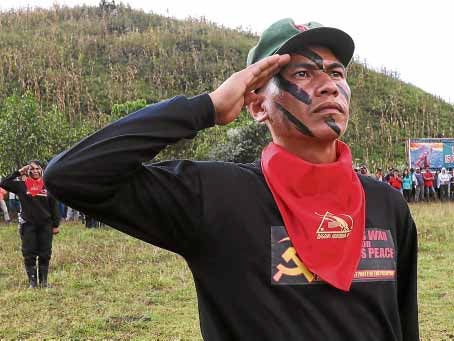 DAVAO CITY — A group supporting peace talks between the government and communist rebels pleaded for the release on humanitarian grounds of a rebel leader captured while he was getting treatment for gunshot wounds in a hospital in Bukidnon.

Aglipayan Bishop Hamuel Tequies, one of the leaders of EJP, said EJP members saw pictures of Cañete that showed the rebel leader to be critically wounded.

Cañete, reports said, was wounded in a clash with government soldiers in Kitaotao, Bukidnon province, last week and was taken to a hospital in Don Carlos town, also in Bukidnon.

Tequies said the Geneva Convention and International Humanitarian Law (IHL) protect “wounded combatants from attacks as they are incapable of engaging in combat.”

Those wounded in combat, Tequies said, should be “accorded rights to medical care.”

Capturing Cañete “would constitute a serious breach” of the Geneva Convention, which governs the conduct of opponents in war, and IHL, an international law, Tequies said.

Tequies said his group believed that if the military released Cañete, the effort to “humanize the dire impact of civil war on human lives and, more importantly, to bring forth confidence in the peace talks” would be one step closer to reality.

But Maj. Ezra Balagtey, spokesperson for the military’s Eastern Mindanao Command (Eastmincom) based here, said Cañete was not being held in prison.

“Was he deprived of medical attention?” said Balagtey.

He said Lt. Gen. Benjamin Madrigal Jr., Eastmincom chief, had given a directive for the military to help Cañete get medical treatment.

The rebel leader, who replaced the late New People’s Army (NPA) commander Leoncio Pitao, alias Commander Parago, has not been removed from the hospital, Balagtey said.

“He is not being incarcerated,” the military spokesperson added.

In a separate statement, NPA in Southern Mindanao questioned the arrest of Cañete.

Rigoberto Sanchez, NPA regional spokesperson, said the capture of Cañete while the rebel leader sought treatment at a hospital was “treacherous.”

The military considered Cañete as a major catch since he succeeded Pitao, who was killed in a clash in Paquibato District here in 2015, as head of NPA’s Pulang Bagani Company 1.

Balagtey said Cañete faced a string of murder and arson charges due to his group’s attacks on government forces, civilians and businesses in Davao City, particularly the spate of attacks against Lapanday Foods Corp. last year that resulted in over P1 billion in losses and the death of fish vendor Larry Buenafe.

Three of his followers died in that fighting.

“However, he was able to jump bail sometime in 2013 and went back to the terror group,” Balagtey said.

“The arrest of Jinggoy and his eventual prosecution will now give justice to the victims of his many atrocities,” Madrigal said. —Allan Nawal