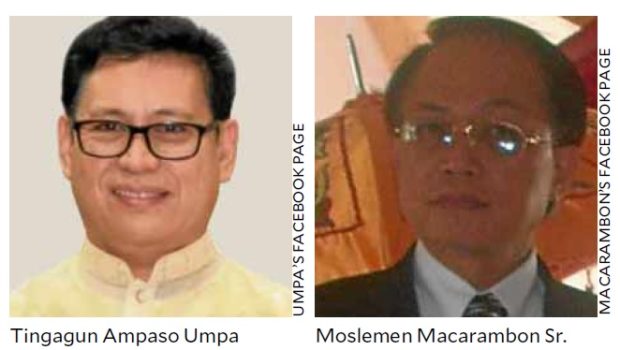 “The President has advised two assistant secretaries to tender their resignations or face termination for corruption,” Roque said in a press briefing.

The presidential spokesperson said it would be the Office of the Ombudsman that would file charges against the two officials.

Both are appointees of the Duterte administration.

Tourism Secretary Wanda Teo quit early this month after state auditors flagged a P60-million deal between her department and a government-run TV network for the placement of advertisements on a show produced by Teo’s brother Ben Tulfo. The show was co-hosted by Teo’s other brother, Erwin Tulfo.

In early April, the President accepted Justice Secretary Vitaliano Aguirre II’s resignation on the heels of the dismissal of charges against high-profile drug suspects by state prosecutors.

The President has vowed not to tolerate a “whiff of corruption” in the bureaucracy after he was elected in May 2016, and threatened to sack or reassign officials accused of corruption.

Roque said an investigation by the Presidential Anti-Corruption Commission (PACC) showed that Macarambon had been “regularly intervening” for suspected smugglers of gold and jewelry at the Ninoy Aquino International Airport.

In a phone interview, Macarambon admitted asking the Bureau of Customs to lower the tax on P7 million in gold and jewelry brought in by his in-laws but nothing was wrong with that. “I did not do anything wrong,” Macarambon said.

Umpa was accused of committing grave abuse of discretion and demanding commissions from contractors in public works projects in the ARMM, Roque said, citing affidavits gathered by the DPWH.

Roque said Mr. Duterte mentioned the cases of the two officials when he attended the wake of the late Senate President Edgardo Angara in Taguig City on Monday night.

There was no immediate response from Umpa.

Asked if there were other government officials who will be axed, Roque said he was informed that the PACC had taken over 400 complaints filed at the Office of the Deputy Executive Secretary for Legal Affairs. —WITH A REPORT FROM INQUIRER RESEARCH