In a scene straight out of a gangster movie, candidates for the May 14 barangay and Sangguniang Kabataan elections screamed in terror on Saturday night when men jumped from two vehicles and opened fire at their “miting de avance” in Barangay Capas in Agoo, La Union province.

Wielding assault rifles and handguns, the men shot dead former La Union Rep. Eufranio Eriguel, 58, who was addressing the crowd at 7 p.m., before they fled in a sport utility vehicle and a van.

They also killed two of Eriguel’s bodyguards and wounded eight others.

The attack on Eriguel, who was not running for a village post, was among incidents on the last day of the campaign period that raised the number of election-related violence.

During the 2007 barangay elections, the PNP counted 101 incidents in which 67 people were killed, including 23 on polling day.

In Labangan, Zamboanga del Sur province, a broadcaster for a block-time program being supported by the provincial government, was killed in an ambush on Saturday. 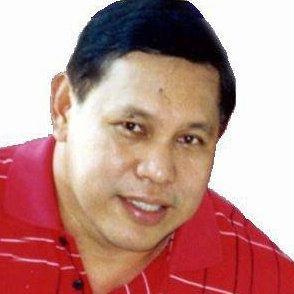 But police authorities said they could not say yet if the incident that killed Carlos Matas was election-related.

Before he was killed, Matas had earlier reported that he was ambushed by armed men in Labangan on Tuesday.

Aside from hosting a paid program, Matas acted as coordinator for a group of cassava farmers in the province.

On Sunday, the police said three people were killed in the aftermath of the ambush.

Senior Insp. Harry Velez said the police conducted a pursuit operation after receiving information on Matas’ killing at 3:30 p.m. and caught up with some suspects.

Two others were wounded, including Senior Insp. Aiko Tesoro.

Three people were injured when supporters of two rival candidates for village chief, both identified supporters of the Duterte family, clashed in Barangay 23-C in Davao City, police said.

In La Union, Bobby Ordinario and Mac Roel Tuvera, Eriguel’s bodyguards, died while trying to shield the former lawmaker from the hail of bullets.

Eriguel’s widow, La Union Rep. Sandra Eriguel, was at Barangay Capas, but she stayed in their bulletproof vehicle, saving herself from the attack.

Eriguel served for three terms as mayor of Agoo and two terms as representative of the second district.

None of the people surrounding Eriguel and his wife were armed due to the election gun ban, said Chief Supt. Romulo Sapitula, Ilocos regional police director.

Two people of interest were the subjects of a manhunt for the killings. At a security meeting in San Fernando City on Sunday, Sapitula said the police had a lead but were still verifying the motive.

Eriguel was once on the first drug watch list made public by Mr. Duterte in 2016. “Since then, he no longer had police escorts,” Sapitula said.

On April 30, 2016, Eriguel and his wife survived a bomb attack on their convoy. The driver of their backup vehicle was killed in an explosion as the convoy drove through a dirt road in Barangay Sta. Barbara.

In Davao City, the village chief of Pangyan in Calinan district was killed on Sunday.

But the police said the death of Antonio Guatno was not election-related as it was the result of the serving of search warrant for violation of the firearms law. —With reports from Frinston Lim, Allan Nawal, Eldie Aguirre and Leah Agonoy In Mindanao; Jeannette I. Andrade In Manila and Inquirer Research