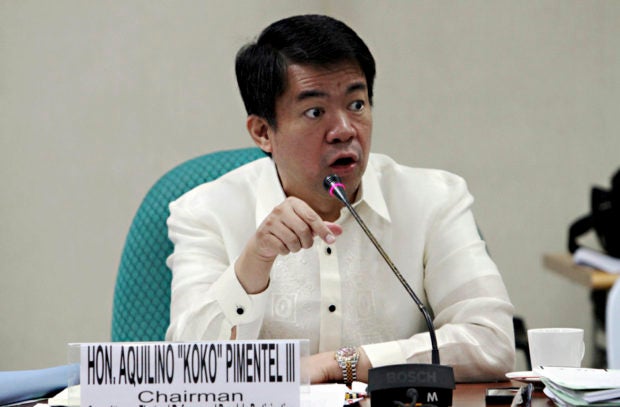 A crisis, according to Pimentel, will happen if the House of Representatives would invalidate the removal of the Supreme Court (SC) on Sereno.

Sereno was ousted by the SC on Friday after eight justices approved the quo warranto petition filed by Solicitor General Jose Calida — the principal lawyer of the government.

However, supporters and some senators said that the quo warranto petition should be junked saying only an impeachment court can oust a Chief Justice.

Pimentel, nevertheless, said that the Senate nor any branch of the government could not dictate the House of Representatives on the fate of Sereno.

Pimentel earlier urged the SC to review its decision in removing Sereno and to give her a chance to file a motion for reconsideration.

“The respondent Chief Justice must be given the opportunity to file a Motion for Reconsideration. God bless our beloved country,” he added. /jpv