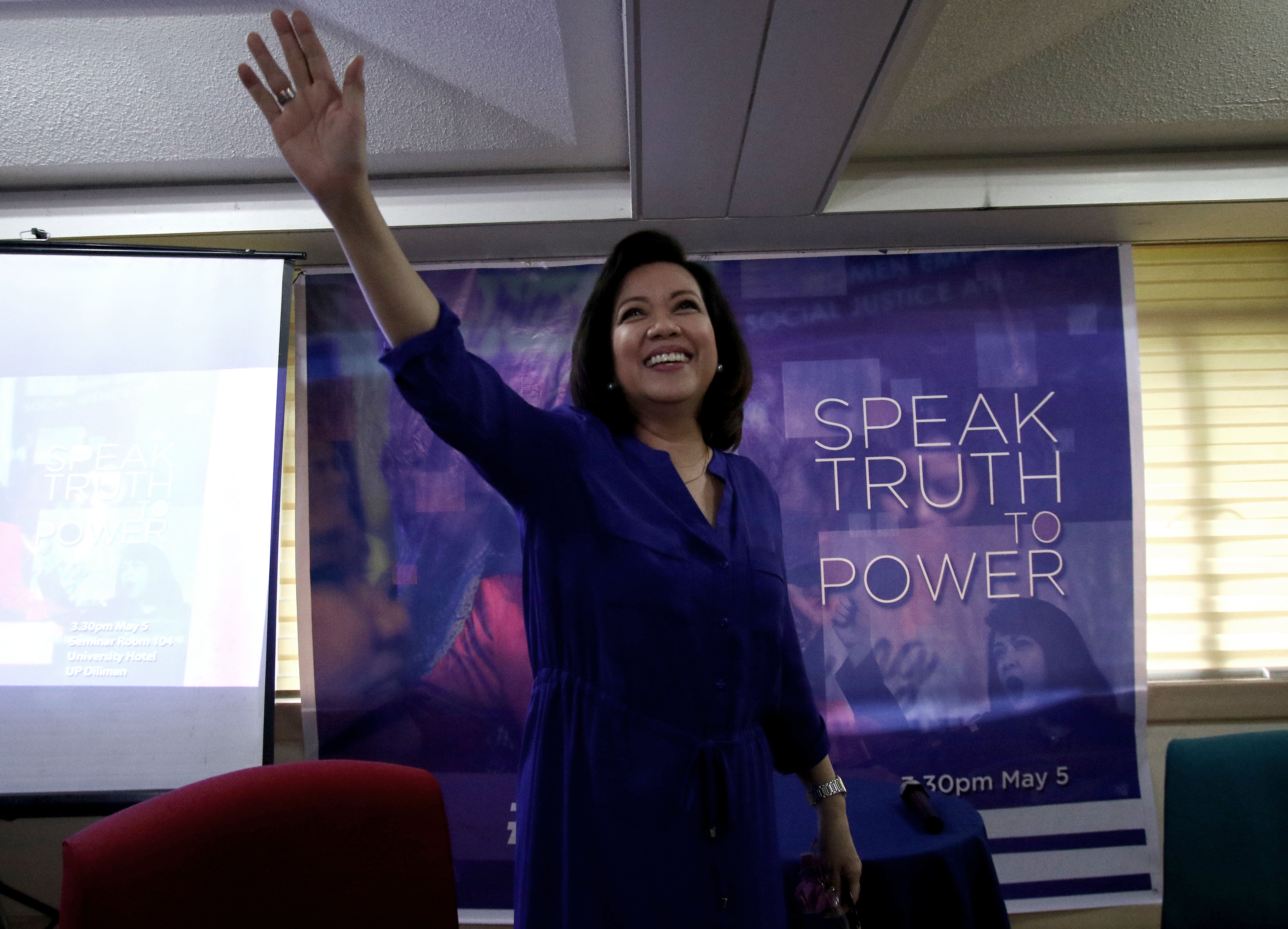 Crossing party lines, several senators “disagreed” but respected the Supreme Court’s decision on Friday to oust Chief Justice Maria Lourdes Sereno, as they asserted the power of Congress over impeachable officers like her.

“I maintain that you can only remove the Chief Justice thru impeachment. I disagree with the majority decision of the Supreme Court. Bad precedent,” Senate President Pro Tempore Ralph Recto said in a statement.

“The decision in effect reduced the powers of both houses of Congress. I do not expect the House to impeach the Chief Justice,” Recto also said.

Like Recto, Senators Sonny Angara and Sherwin Gatchalian also disagreed with the ouster ruling of the high court against Sereno. Angara and Gatchalian belong to the majority bloc in the Senate.

“I do not agree with the decision because impeachment is the only constitutional route for removal of a CJ but acknowledge that the Court has spoken,” Angara said.

“The ripple effect of the decision may be felt in the coming months and years. I pray that wisdom and sobriety prevail in the future for the good of the country n our people,” he added.

Angara, who is also a lawyer, said the voting showed a “divided court on a very important constitutional issue.”

“This means the ruling may not be a stable one and may be subject to revision going forward,” he said.

Senator Sherwin Gatchalian, another member of the majority bloc, believes that the SC “circumvented” the Constitutional mandate of Congress when it ruled on Sereno’s ouster.

“By granting the quo warranto petition to oust Ma. Lourdes Sereno as Chief Justice the Supreme Court has circumvented this crystal-clear constitutional mandate of Congress, subverting in the process the paramount tradition of separation of powers that lies at the very heart of our republican system of government,” Gatchalian said in a separate statement.

He said the SC could still revisit its ruling when Sereno’s camp files a motion for reconsideration.

“I am hopeful that the honorable members of the Court will come around and recognize the ongoing impeachment proceedings in the House as the exclusive legal means available to prosecute Sereno’s ouster,” he said.

Should the House still decide to vote on the impeachment case of Sereno, Gatchalian assured that the Senate would conduct the trial “with the utmost impartiality, probity, and integrity.”

“The Senate will not hesitate to remove her from office if she is found guilty of the serious charges she is facing. What is important here is that Sereno be given her day in court, and that day must come before the Senate acting as an Impeachment Court, not the Supreme Court,” he said.

Senator Joel Villanueva, who is also part of the majority bloc, said he stood by the Constitution that the “only means to remove the CJ is through impeachment.”

“With all due respect, I totally disagree with the decision of the Supreme Court,” Minority Leader Franklin Drilon said in a separate statement.

“A quo warranto proceeding is not the proper, legal, and constitutional way to remove an erring impeachable officer. The Constitution is clear that the only remedy on erring constitutional officers like the Chief Justice is a conviction in an impeachment proceeding,” he said.

Such power, according to Drilon, was vested only in the hands of Congress.

But with the SC’s ruling, Drilon said, “the power to remove an impeachable officer including Supreme Court justices, heads of constitutional offices and even the President is, by implication and in effect, made available to the Solicitor General by way of a quo warranto petition.”

“Hence, this decision makes the Solicitor General the most powerful official in the bureaucracy, even more powerful than both the House of Representatives and the Senate insofar as the removal of impeachable officers is concerned,” he added.

With the SC’s decision, Drilon said that all impeachable officers could now be removed through a quo warranto proceeding.

“It is a very sad episode in our political life. As an officer of the court, however, I respect the decision of the Supreme Court but I register my objection,” he said

Senator Francis Pangilinan, another opposition member, lambasted the ruling against the Chief Justice.

Pangilinan urged Congress to assert its power over the removal of impeachable officers like the chief magistrate.

“It is now the darkest hour in our democracy,” Senator Antonio Trillanes IV said.

“The Supreme Court, which is supposed to be the cradle of our fragile Constitution, is the same body that killed it. Those SC justices who committed this heinous crime against our justice system must not and will not go unpunished,” Trillanes added. /kga