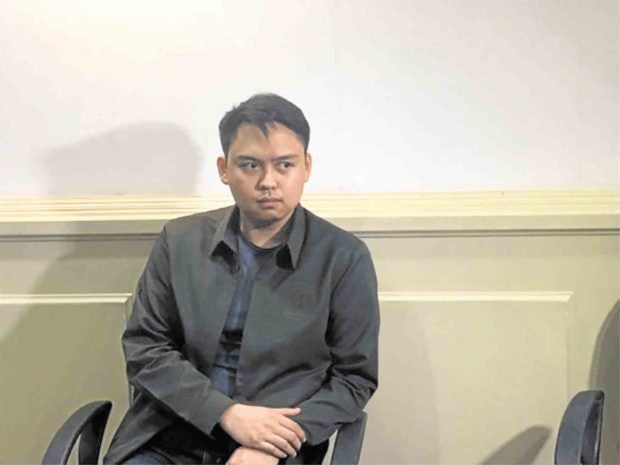 A Valenzuela  judge has tossed out the last remaining case in the city’s courts  against alleged customs fixer Mark Taguba, Chinese businessman Richard Chen and seven others implicated in the P6.4-billion “shabu” (crystal meth) shipment that slipped through the Bureau of Customs last year.

Judge Arthur Melicor of Valenzuela Regional Trial Court Branch 284 granted the motions filed by Taguba, Chen and Teejay Marcellanas seeking the dismissal of the charges of drug transportation and delivery filed against them.

In a resolution dated April 23, Melicor scored the prosecution for engaging in forum shopping, by splitting the criminal information against the accused and filing it in two separate courts.

All nine were charged with violating Section 5 of Republic Act No. 9165 or the Comprehensive Dangerous Drugs Act of 2002.

They were also accused by the Department of Justice (DOJ) of violating Section 4 (drug importation) of R.A. 9165 in a case filed in Manila Regional Trial Court Branch 46.

“From the point of view of the conspiracy to import [shabu], it may be said that the transport and delivery [of the shipment] to the Hongfei warehouse (owned by Chen) was a mere part of a series of acts to execute their shared design to import shabu,” Melicor said.

“[Splitting] the act of importation in this case into two offenses—importation and delivery/transportation—violates the well-honored policy against multiplicity of suits,” he noted.

“Filing a case for importation in Manila … and then filing another case, this time for transportation, before this court involving the same accused and based on the same facts, issues and arguments, clearly bear the hallmarks of forum shopping, betraying the prosecutors’ intent to secure favorable judgment from different courts,” Melicor said.

In November, Valenzuela RTC Branch 180 Judge Nena Santos dismissed for lack of jurisdiction the drug importation case originally filed by the DOJ against the nine accused.

Santos argued that the importation was consummated at the port of Manila and not in Valenzuela, prompting the DOJ to refile the case in the Manila RTC on Jan. 24.

Six days later, the DOJ filed another case, this time for violation of Section 5 in the Valenzuela court.

Melicor acknowledged the arguments of Chen, Taguba and Marcellana that their right to due process was violated because the DOJ did not conduct any preliminary investigation on the drug transportation and delivery charges before suing them in court.

The judge stressed that the DOJ’s indictment order found probable cause for drug importation but not for the delivery of illegal drugs.

“In truth, except for Taguba who allegedly owns the truck which transported the container van from (the port of Manila) to the Hongfei warehouse in Valenzuela City, none of the accused were even physically or constructively involved in ‘transporting or delivering’ the contraband,” Melicor said.

With the dismissal of the two cases against the nine accused, only warehouse caretaker Fidel Anoche Dee is still facing charges at the Valenzuela RTC for possession of illegal drugs in connection with the biggest “shabu” seizure in the country in recent history.