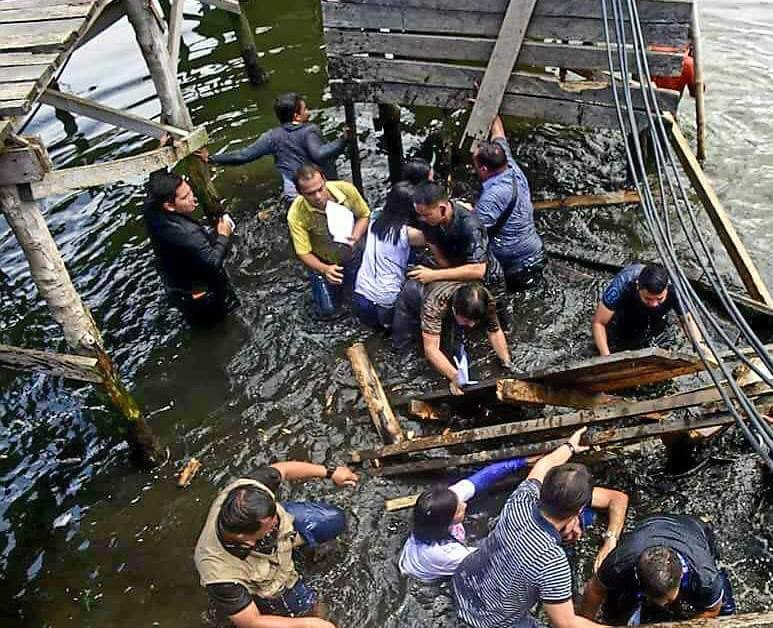 The House committee on housing and urban development is set to launch a probe into the questionable housing project in Zamboanga City after Rep. Alfredo Benitez bared that the wooden bridge in the area that collapsed last week costs P12 million.

They fell into the murky waist-deep water and most of them sustained minor scratches and bruises.

In a media forum on Thursday, Benitez bared that the wooden bridge leading to the NHA housing project in Brgy. Rio Hondo costs P12 million.

(The wooden bridge costs P12 million. It will be one of the subjects in our investigation.)

In an earlier report by the Inquirer, Rasdie Mukarram, barangay chair of Rio Hondo, said the walkway was built in 2016 as part of a P53-million NHA housing project for some 240 families affected by the siege of Moro National Liberation Front rebels.

Mukarram said that last year, the village replaced the foundations because the original posts had rotted.

Another subject of the Congressional inquiry to be launched by Benitez’ committee would be the “questionable” cost of units in the housing project.

(This is what I want to find out. Ordinarily, a housing unit built by the NHA on land and cement will cost P240,000 per unit. The housing on stilts which we inspected costs P220,000 per unit, and I think the materials used aren’t proportional to the cost. This will be one of things we’ll look into.)

Benitez said they would schedule the hearing once sessions resume on May 15. /je

Read Next
85 cases of attacks vs media under Duterte admin – groups
EDITORS' PICK
vivo brings to the Philippines a powerful smartphone with a slimmer body, the vivo Y02s for only PHP 6,499
Palace: Biggest supermarkets in PH commit to sell sugar at P70 per kilo
What to watch out for when selecting a video surveillance solution
Heads may roll at BOC, says Palace if sugar smugglers are allowed to use recycled import permits
House energy committee chair Arroyo bats for cheap electricity
DOH reports increase in daily COVID-19 deaths, mostly unvaxxed
MOST READ
Brian Poe-Llamanzares receives his PhD in Public Administration
Mayor bares issues vs closed QC school
Metro Manila’s No. 1 wanted man arrested, says NCRPO
Alyssa Valdez to miss Creamline’s AVC Cup campaign
Don't miss out on the latest news and information.