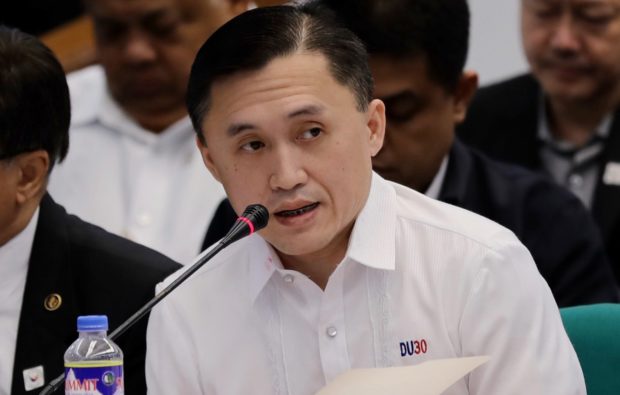 BULUAN, Maguindanao — Special Assistant to the President Christopher Lawrence “Bong” Go on Wednesday said he would not run in the 2019 midterm elections despite being openly endorsed by President Rodrigo Duterte to run for the Senate.

Go told reporters he did not have money to spend for a campaign and that he still had a job with the President.

“I don’t want to talk about it because it’s too early to discuss politics,” he said. “First, I am not ready – not ready because I am not a politician.”

He said he had thanked Duterte for the endorsement.

Go, who has been dubbed as the “Selfie King” for his selfies with ranking officials and world leaders, had repeatedly thumbed down such proposals in previous interviews.

Last week, Jaafar said he supported the idea of Go in the Senate.

Go said in return, he would help campaign for the passage of the Bangsamoro Basic Law (BBL).

“They knew my efforts to help achieve a lasting peace in Mindanao,” he said when asked why Jaafar had backed his possible bid for the Senate. /atm