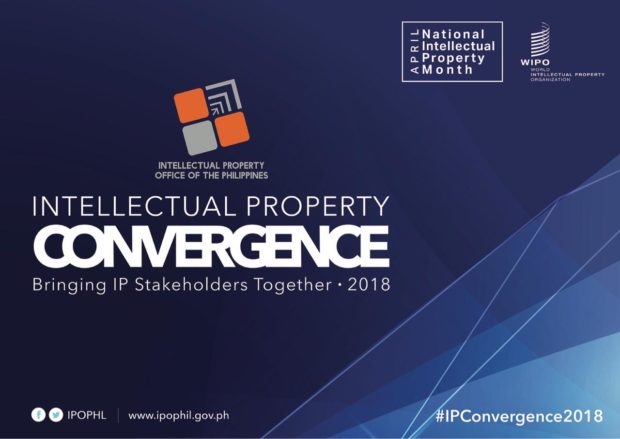 “Dr. Gurry’s visit to the country demonstrates the strong and sustained ties between IPOPHL and WIPO in continuing to improve the Philippine intellectual property system,” Santiago said.

Various programs have been implemented to introduce the concept of IP protection  into national consciousness.  In 2017, President Rodrigo Duterte signed Proclamation No. 190, declaring the month of April as the National Intellectual Property Month.  IPOPHL has also stated then that it is developing its own National Intellectual Property System (NIPS).

However, the agency still has a long way to go in terms of being relevant to the common Filipino.

‘No direct effect on livelihood’

In an exclusive interview with Inquirer.net, IPOPHL officers admitted that Filipinos generally stay away from discussions on IP because it seems to have no direct effect on their livelihood.

“It is far from their priorities,” IPOPHL marketing officer Cathy Pillas said.

But IPOPHL believes otherwise.  It said that contrary to the common belief, IP may be one of the best avenues for innovative Filipinos seeking financial security.

IPOPHL’s media officer Alexis Villamor Jr. said that the agency’s primary mandate is to protect original creation of Filipinos — from literary to artistic works to technological advancements and inventions to locally-made products from entrepreneurs — all of which may help struggling yet creative Filipinos.

Villamor and Pillas added that various measures are being implemented to bring IP closer to Filipinos, through conducting seminars, disseminating online infographics, and educating people through IT experts well-versed in the law.

IPOPHL also envisions the creation of an IP academy, which will serve as the agency’s research and education arm.

“For example, in the case of cellphones, ‘yong uniqueness ng bawat [the uniqueness of each] phone is because of protected patents.  Basically everything we encounter every day is intellectual property,” Villamor said.

Through these, the agency hopes to enlighten Filipinos regarding the importance of IP.  For more information, readers may visit the IPOPHL site on www.ipophil.gov.ph. /ee