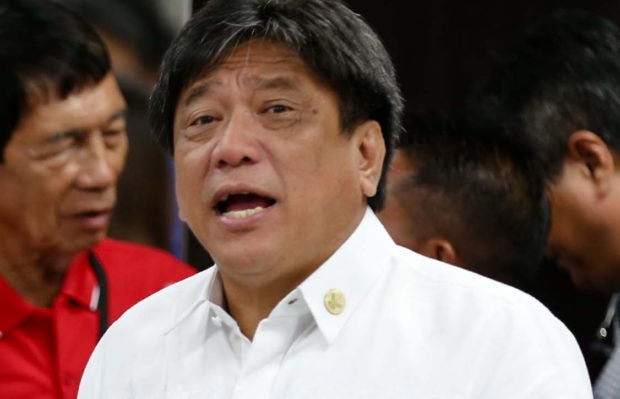 Former Agriculture Secretary Proceso Alcala will be tried for graft over a scheme that created a “garlic cartel,” which monopolized the market and jacked up garlic prices from 2013 to 2014, the country’s chief anticorruption prosecutor said on Tuesday.

In a statement, the Office of the Ombudsman said it found probable cause to indict Alcala and 23 others, including garlic traders and officials of the Bureau of Plant Industry (BPI), for violating the Anti-Graft and Corrupt Practices Act.

From 2010 to 2014, Alcala, BPI Director Clarito Barron and BPI division chiefs Merle Palacpac and Luben Marasigan issued and approved a total of 8,810 import permits to garlic dealers, according to investigators.

Of the total import permits, 5,022 were “cornered” by importers and affiliates of Vendors Association of the Philippines Inc. (Vieva), chaired by trader Lilia Cruz, one of the respondents whom Alcala had designated chair of the National Garlic Action Team (NGAT).

The NGAT was supposed to serve as a consultative body on the garlic production and supply program of the Department of Agriculture (DA), the Ombudsman said.

Cruz also was acting as representative of garlic importers then, assisting the DA in the processing of applications and issuance of import permits.

Investigators found that Alcala and the BPI officials approved the permits despite an existing order suspending import permits.

On Aug. 22, 2013, the NGAT issued a resolution saying the country’s garlic supply was sufficient until the next harvest season in March 2014 and imports were not needed.

But less than three months later, it declared in another resolution that there was not enough garlic and recommended the importation of 58,240 metric tons to cover the shortage.

The resolution stated that 70 percent of the import permits would be granted to farmer cooperatives and 30 percent to legitimate garlic importers.

The Office of the Ombudsman said the arrangement “was actually a scheme designated for Cruz to control the garlic importation.”

The 30-percent share supposedly allocated to legitimate garlic importers was given mostly to Vieva and its affiliated importers, while the 70-percent share of farmer cooperatives was mainly captured by Cruz through Vieva-affiliated farmer groups, the Ombudsman said.

“By adopting the scheme, Cruz practically controlled a big chunk of the 100 percent of the import permits for imported garlic,” the Ombudsman said. “The scheme enabled Vieva to monopolize the garlic supply, allowing it to dictate its market prices.”

Documents from the National Bureau of Investigation, Securities and Exchange Commission, Cooperative Development Authority, Department of Trade and Industry and National Statistics Office showed evidence of the “close connection and relations” and “common interest” between and among the Vieva and Vieva-affiliated importers, the Ombudsman said.

In a related administrative case, the Ombudsman said it found Barron, Palacpac and Marasigan guilty of grave misconduct and ordered them dismissed from the service.

The three also would be perpetually disqualified from holding public office, their retirement benefits forfeited and their civil service eligibility canceled.

“Public office is for the people’s benefit,” the Ombudsman said. “Therefore, it is but reasonable to expect that respondents perform the duties accorded them efficiently and honestly.” —With a report from Karl L. Ocampo