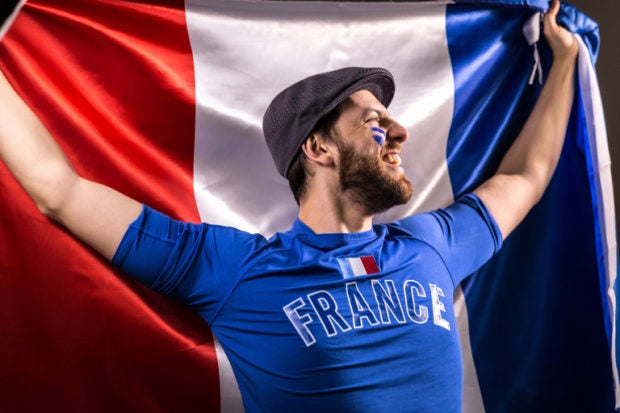 A new report ranks the French nationality the best in the world. Image: filipefrazao/IStock.com via AFP Relaxnews

A new report ranking the best nationalities in the world, based on quality of life and external value attached to a country’s citizenship, has placed France at the top of the charts.

In the third edition of The Henley & Partners – Kochenov Quality of Nationality Index (QNI), France outperformed the rest of the world to take the top spot, followed narrowly by Germany, Iceland, Denmark and the Netherlands.

The report is published by the same outfit that ranks the world’s most powerful passports.

Co-created by constitutional and citizenship law professor Dimitry Kochenov, the index aims to measure and rank the world’s nationalities as legal statuses through which citizens can develop their talents and business.

Results are based on data from the United Nations, the World Bank and the International Air Transport Association and measure the internal value of nationality — defined as the quality of life and opportunities for personal growth in the country of origin — and the external value of nationality, which is defined as the diversity and quality of opportunities that citizens can pursue outside their country of origin.

Thanks to France’s overseas territories — relics of France’s former colonial empire — the country edges past Germany in the category of “Settlement Freedom” in this year’s list. Along with continental France, citizens can also settle in Réunion, Guadeloupe, Martinique, French Polynesia, Saint Barthélemy and Saint Martin.

“Firstly, the QNI proves that one cannot possibly be correct in stating that all nationalities and passports are equally good,” said Kochenov in the report. “Some nationalities are radically better than others. Being born French gives one a huge advantage over the liability brought about by a Somalian nationality, for example.”

Somalia ranked very low in the list at 167. At the very bottom is Channel Island at 168.

“Secondly, the QNI proves that it is not true that the most prosperous and economically important countries endow their citizens with the best nationalities. While China is an economic giant, its nationality has a very modest objective value, and while Liechtenstein has a micro-economy compared to that of China, its nationality is world-leading. Some nationalities are great, while others are quite simply terrible. Now, we can see which is which.”

Overall, the results suggest that citizens of Europe and Nordic countries — which consistently dominate lists measuring the world’s happiest countries, and best quality of life — hold the best nationalities.

Other big movers and shakers this year include Georgia and Ukraine, which rose 20 and 19 positions respectively thanks to visa-waivers signed with the Schengen Area in 2017, increasing their travel mobility, and the Iraqi nationality, which this year fell 15 positions.

The United States sits at No. 27, the United Kingdom at 13th, and Canada in the 33rd spot.

Here are the top 10 nationalities according to the QNI:

Filipinos among most ignorant on issues concerning the nation, says survey