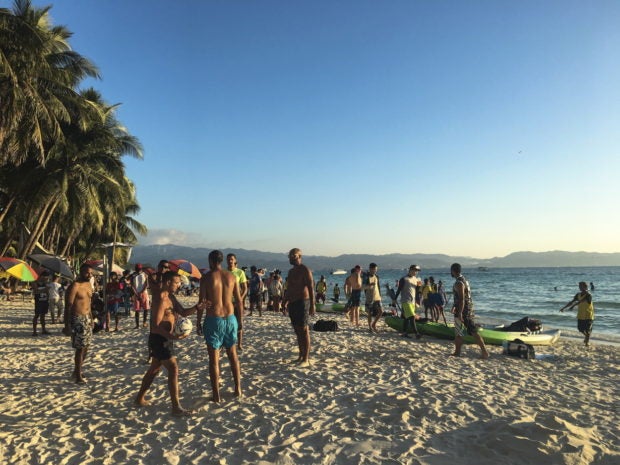 The Philippine Coast Guard (PCG) on Tuesday said that two ships and six floating assets have been deployed to patrol the beaches of Boracay during the island’s six-month closure starting April 26.

In a statement, PCG spokesman Armand Balilo said the vessels would ensure the security of the island as the government was set to conduct rehabilitation activities on the resort island.

Balilo said that the PCG will also deploy buoy markers along Boracay’s Station One, located on the north end of the island’s White Beach, where swimming activities would be allowed.

The spokesman added that the PCG will station personnel to guard the island’s shoreline as no floating asset was allowed within its three-kilometer radius.

Sea marshals would also be designated to ensure that only Boracay residents are allowed to conduct fishing activities in the island.

(The PCG is ready in case there would be boatmen who will launch protest action and threaten to enter the shoreline of Boracay and disrupt peace and order.)

Also discussed in the meeting were the issuance of ID cards to Boracay residents and workers as well as the strict implementation of “one entry, one exit” policy on the island, Balilo said.

(The PCG assures that we continue to implement pre-departure inspection on all floating vessels to ensure no unauthorized passengers are getting into the area and these vessels are not overloaded.)

(According to the regulation implemented for lifeguards in the island, the PCG is coordinating with the Philippine Life Saving Association, a TESDA-accredited group, to train lifeguards in all beach resorts and hotel owners.) /jpv