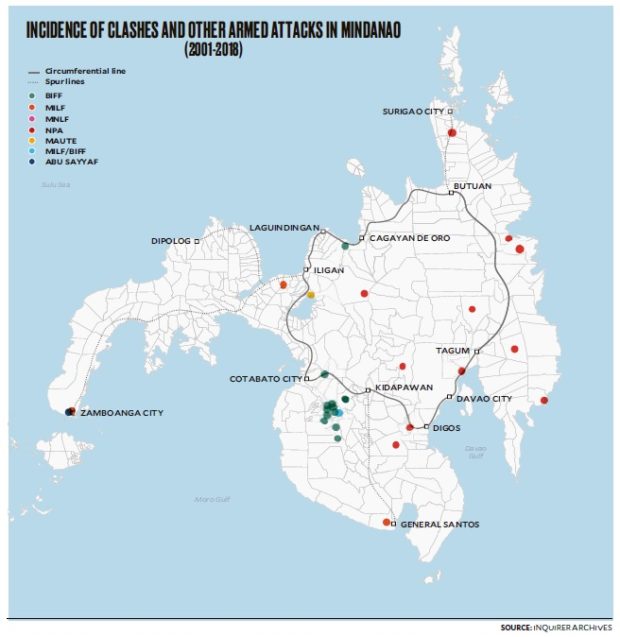 DAVAO CITY—“It will be so fast, so cheap and so efficient, you can have your breakfast in Surigao City, lunch in Zamboanga, and dinner in Davao City.”

This was how Secretary Abul Khayr Alonto of the Mindanao Development Authority (MinDA) envisioned how life would be in Mindanao if the Mindanao Railway System pushes through under the administration of President Rodrigo Duterte.

While the project has raised hopes among local officials of finally seeing a railroad link provinces in Mindanao, is the government just selling them a dream?

A year before the President steps down from office in 2022, only the 102-kilometer segment spanning Digos and Tagum cities will be completed.

The government has not provided a schedule for the completion of the 2,000-km railroad across the island.

Also, the current plan provided by MinDA does not mention a high-speed train yet.

Its proposal for a two-track electric railroad for the Digos-Tagum route was shelved by the Department of Transportation (DOTr) in favor of a single-track, diesel-run locomotive.

The cities of Zamboanga and Surigao are outside the proposed main railroad loop. These urban centers have to be connected by spur lines from the main line in Butuan City (for Surigao) and in Iligan City (for Zamboanga).

Visiting Zamboanga City in March, former MinDA Secretary Jesus Dureza, now presidential adviser on the peace process, told the Inquirer that it would still take a long time before the rails would reach the city.

“A backbone will travel [from Davao City] up north and you have to look at the terrain,” Dureza said. “You cannot just say, let’s put up a train there. The train cannot go up the mountain. If there are mountains, you need to put up tunnels.”

“Whether or not the entire … [railroad] would be completed [in the Duterte administration] depends on how fast the government could allocate funds for the other sections, how viable [these segments are] to warrant quick approval from the Neda-ICC (National Economic and Development Authority-Investment Coordination Committee),” said Romeo Montenegro, MinDA deputy director for operations.

Building each segment in succession would take a long time, that was why MinDA has recommended that the DOTr allocate a budget to fund the feasibility studies for the rest of the track.

Once the studies are there, Montenegro said MinDA could easily scout for a partner to do the detailed engineering design and attract investors to fund the project.

“Without the [feasibility] studies, the plan [to build a Mindanao-wide railroad] would only be ‘drawings,’” he said.

Montenegro is hopeful, however, that the first segment of the proposed railroad would start construction soon.

Though Zamboanga City would be one of the last areas to be reached by the railroad, people there are welcoming the plan.

“I have always been supportive of the … [railroad] proposal even when I was still in Congress,” Salazar said.

“[It’s] the best project for us [if this will push through],” he said.

“But what if [destabilizing forces] destroy the railroads just like how they bombed NGCP (National Grid Corp. of the Philippines) steel towers? It would be such a calamity, [we would not just be] enjoying the rides,” Lim said. 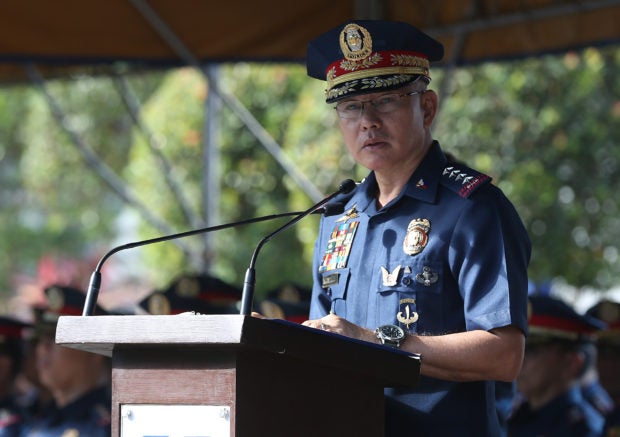 While he wants a railroad linking Mindanao provinces realized, he asked the national government to first improve all national roads and put a system to protect public transport.

Gov. Mujiv Hataman of the Autonomous Region in Muslim Mindanao said a railroad would bring development to Bangsamoro areas, but the government had to conduct extensive dialogues and negotiate with landowners along the route to prevent possible delays.

“[Based on our] experience in [implementing] road projects, we only hit a kilometer and be pressed to pay an equivalent of more than 10 km,” he said.

“The national government must explain [to the landowners] that the railroad would be for their own good. They must secure the help and cooperation of locals,” Hataman said.

Dureza said the people of Mindanao should have a sense of ownership so they would be willing to protect the railroad project themselves, instead of relying on the military and police.

“Proposals for a railroad project in the past did not push through because of peace and security issues,” he said. “There was this feeling that the place was not secured.”

“You should not wait for peace to come to the area before you put up a project,” he said. “If we [could not overcome] that apprehension, then we could not build a railroad. We just have to take the chance,” Dureza said.

When there is connectivity, progress follows, proponents of the Mindanao railroad
believe.

Mayormita, who is among those leading Visit Davao Summer Festival, is hopeful the project will help promote farm tourism on the island.

“There is a growing market for farm tourism now … We are catering mostly to domestic tourists but we get to entertain some balikbayan also,” he said.

He cited tours that bring visitors to banana and durian plantations and chocolate production areas.

Mary Ann Montemayor, private sector representative in the Micro, Small and Medium Enterprises Council, said the railroad would also give farmers an alternative mode of transporting their produce.

Rail, aside from shipping, is considered the cheapest means of transporting raw materials from the farm to the factories and vice versa, said Vicente Lao, chair of the Mindanao Business Council.

Most countries design their rail system to start from the port while factories are constructed along the route to take advantage of the cheap logistics cost of the rail, he said.

“When the Mindanao railroad is finally operational, it will open up a lot of areas previously idle because of the lack of transportation facilities,” he said. “Finally, they can bring their products out to the market at a reasonable cost.”

Lao said that the railroad project would also make Mindanao an attractive area for investments.

“It will help improve our competitive advantage globally when we start to sell products in Mindanao to the world,” he said.

Stephen Antig, executive director of the Pilipino Banana Growers and Exporters Association, said the rail could be beneficial to the banana industry if certain conditions, such as lowered freight costs, were achieved.

“It might be cheaper but they have to install refrigeration to transport agriculture commodities,” he said. “We still have to study the savings. As it is, we do not know where the railroad will pass.”

Officials in Tagum City hailed the project as the “realization” of a decadeslong dream, though some public transport operators were worried it could put them out of business.

“We have been lobbying for a Mindanao railroad since the 1980s. With President Duterte at the helm, Mindanao will finally have [it],” said Del Rosario, who chairs the Southern Mindanao regional development council.

But while officials and policymakers are hopeful, operators of small bus companies along the Tagum-Davao route are seeing tougher times ahead at the end of the tracks.

“I fear small transport companies like us would be adversely affected,” said Harlyn Mencidor, a young business graduate who manages her family’s fleet of buses plying the Compostela Valley-Davao City route.

Mencidor said small bus companies had been plagued by dwindling passenger traffic. The rail, which boasts of drastically reducing travel time from Tagum to Digos, would further reduce that traffic.

“When that train comes, we will have to adapt [to a new competition] or stop operations,” she said.

Digos City Mayor Joseph Peñas said the multibillion-peso railroad project would
be the biggest contributor to an economic boom in communities.

“People in these places will have another option to travel,” he said. “If they want comfortable, fast and uninterrupted ride, the train would be the best option.” —With reports from Frinston Lim and Eldie Aguirre