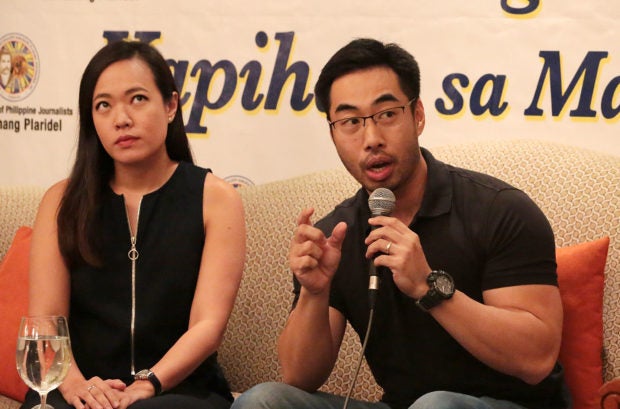 Some 500 drivers of Grab in Metro Manila were suspended or banned by the app-based transport network company (TNC) in the wake of mounting complaints against its picky drivers.

The punishment came after Grab conducted last week an internal investigation of the complaints of booking cancellations from commuters.

“We will never tolerate any behavior that compromises the quality of our service. We apologize that our services fell short,” Brian Cu, Grab Philippines head, said in a statement on Monday.

Following Uber’s exit from the country last week, Grab was swamped by complaints, mostly about drivers forcing riders to cancel their booking requests.

Some drivers were also reported to have snubbed passengers even if the app showed that they were just near the area.

Among those who fell victim to the bad service was theater actor Topper Fabregas.

He lamented that booking a “proper ride” from Grab had been quite difficult, especially on Saturday when it took him almost an hour to get a ride.

Fabregas said that one Grab driver canceled his booking after making him wait for 15 minutes and even when the app showed that he was already outside the condominium.

On Twitter, netizen KJ Castillo said she had to wait for 30 minutes for the Grab driver to arrive. When she asked where the driver was, Castillo did not receive a reply.

She said the driver later canceled her trip request, with a fare of P76.

Some passengers have claimed that the behavior of the drivers creates an artificial surge in demand in their area. Grab, however, maintains that its current crew of drivers was not enough to address demand.

Cu said Grab expected more drivers to be disciplined in the coming days as the company intensified its monitoring of those who went beyond the allowed 10 percent weekly cancellation rate.

The company, he said, had rolled out additional and stricter measures to address cancellations.

While most Uber riders have already migrated to the Grab platform, Cu earlier said that the number of drivers in its system had gone up by only 30 percent.

Under the deal, Uber will take a 27.5-percent stake in Singapore-based Grab and Uber CEO Dara Khosrowshahi will join Grab’s board.

In July, Grab was valued at $6 billion.

Further aggravating Grab’s situation was an order from the Land Transportation Franchising and Regulatory Board (LTFRB) last week for the company to suspend its collection of a P2-per-minute travel charge.

Without the travel charge, a number of Grab drivers now earn less, forcing them to drive less frequently, according to Cu. On Friday and Saturday, he said, driver cancellations rose to 11 percent.

“No matter how willing they are to drive, they are left with no choice but to think of ways to recover their expenses. Sadly, most of them resorted to canceling bookings, especially when they know they will traverse traffic[-congested areas],” Cu said.

On Friday, Grab asked the LTFRB to reconsider its order, citing possible “irreparable damage” to the thousands of drivers on its platform.

It pointed out that Order No. 2015-011 issued by the then Department of Transportation and Communications had allowed Grab to set the fares to be collected but “subject to oversight from the LTFRB in cases of abnormal disruptions of the market.”