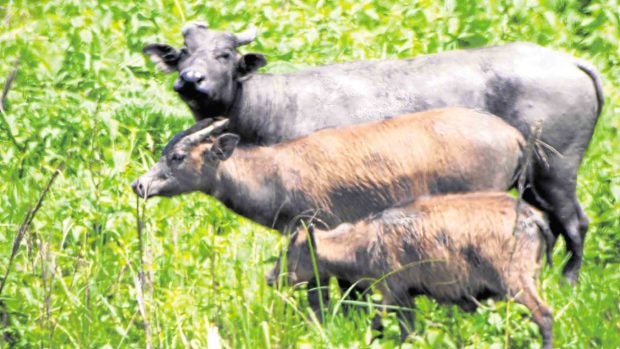 The “tamaraw” is endemic to Mindoro Island. —DENR PHOTO

CITY OF CALAPAN — The population of tamaraw (Bubalus mindorensis) at Mt. Iglit-Baco National Park on Mindoro Island has increased to 523, according to the latest count done by the Department of Environment and Natural Resources (DENR) and conservation groups from April 17 to 21.

The tamaraw is one of the Philippines’ most endangered species and is endemic to Mindoro.

Don Geoff Tabaranza, wildlife biologist and project development and resource manager of Mindoro Biodiversity Conservation Foundation, said the figure meant an increase of 122 tamaraw to last year’s count of 401. In 2016, the tamaraw population was 413.

Last year, 66 of the tamaraws documented were less than a year old, which, for the DENR, meant that protection and conservation efforts were working.

The DENR Tamaraw Conservation Program, in a Facebook post, said the count, done by trained volunteers, was done from 18 vantage points within the park. The area covers the towns of Sablayan, Calintaan and Rizal in Occidental Mindoro province.

David said the park had been closed off to visitors starting March 1 until the counting, so there was less movement of volunteers to and from their assigned stations.

She said the burning of grassland in designated areas allowed better visibility of the animals, with new grass shoots luring animals into the open.

According to David, the intensified enforcement and patrolling activities of rangers at Mt. Iglit-Baco resulted in fewer reports of poachers, including indigenous peoples who enter the protected area.

“This is because of a stronger partnership with the local governments,” she said.

Asked what the increase in the tamaraw population meant, David said, “It’s both good and bad news.”

She said the team was also looking at the possibility of a “threat,” which caused the tamaraw to gather in one area at the park.