The Land Transportation and Regulatory Board (LTFRB) has ordered the immediate suspension of Grab Philippines’ P2 per minute of travel charge, a component of the transport network company’s fare structure, authorities announced on Thursday.

In an order issued on Wednesday, the LTFRB directed Grab to stop its travel time charge of P2 per minute until the agency orders otherwise.

The order was signed by LTFRB chairman Martin Delgra III.

INQUIRER.net has reached Grab for comment and it said it would issue an official statement possibly within the day.

It was Puwersa ng Bayaning Atleta (PBA) part-list Rep. Jericho Nograles who first alleged that Grab owes its customers some P3.2 billion for charging the P2 per minute charge since July 2017.

Nograles asserted it was an illegal move by Grab.

Grab earlier admitted they “unilaterally” implemented the charge, and even claimed that the scheme was allowed under the Land Transportation and Regulatory Board’s (LTFRB) Department Order 2015-011. /kga 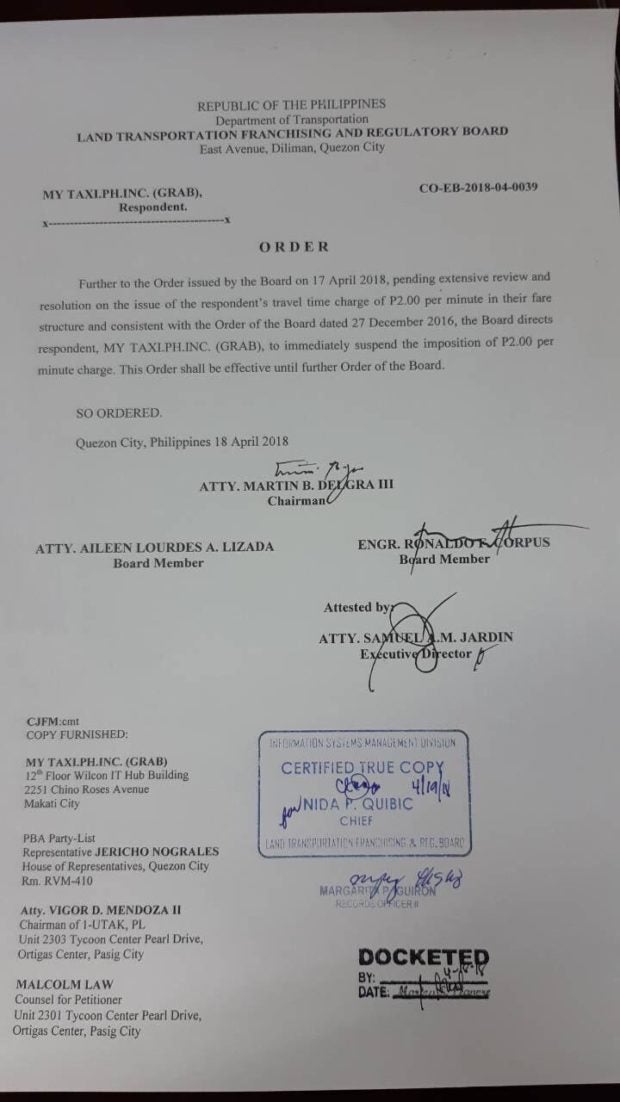