Grab: We don’t allow doubling of rates outside Metro Manila 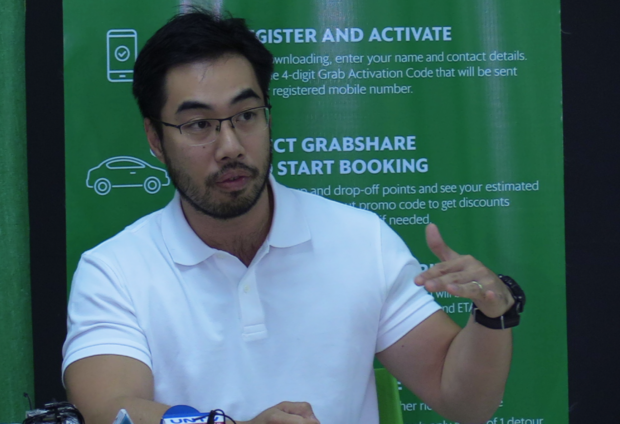 A message claiming that Grab had authorized the doubling of rates of rides outside Metro Manila was a “hoax,” an official of Grab Philippines said on Wednesday.

Automotive journalist James Deakin earlier posted on Facebook his concern about a Grab partner-driver who apparently asked him to double his fare.

Some drivers, Deakin said, even presented a message which indicated that Grab authorized the “x2 fare” if the route reaches outside Metro Manila. 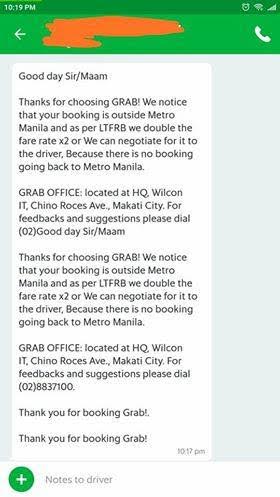 “No that’s false. The message is not endorsed by Grab, it was probably crafted by a partner driver and shared among other drivers,” he said in a press conference in Quezon City.

“Ang rule natin kung ano ‘yung fare, that’s it. Walang dagdag, walang bawas [Our rule is that what the fare indicates, that’s it. No more, no less],” he stressed.

In his post, Deakin said the practice has to stop, as he called on the Land Transportation and Franchising Regulatory Board (LTFRB) to look into it.

“This has got to stop. I’m currently working on an idea now that will take about a week to pump out. I really, really, really hope that the LTFRB will support it,” he wrote.

“But in the meantime, while that’s cooking, I plead with the drivers who are taking advantage of the situation, don’t be so short sighted. Don’t ruin it for those who are trying to do the right thing,” he added. /jpv

This has got to stop. I’m currently working on an idea now that will take about a week to pump out. I really, really,…