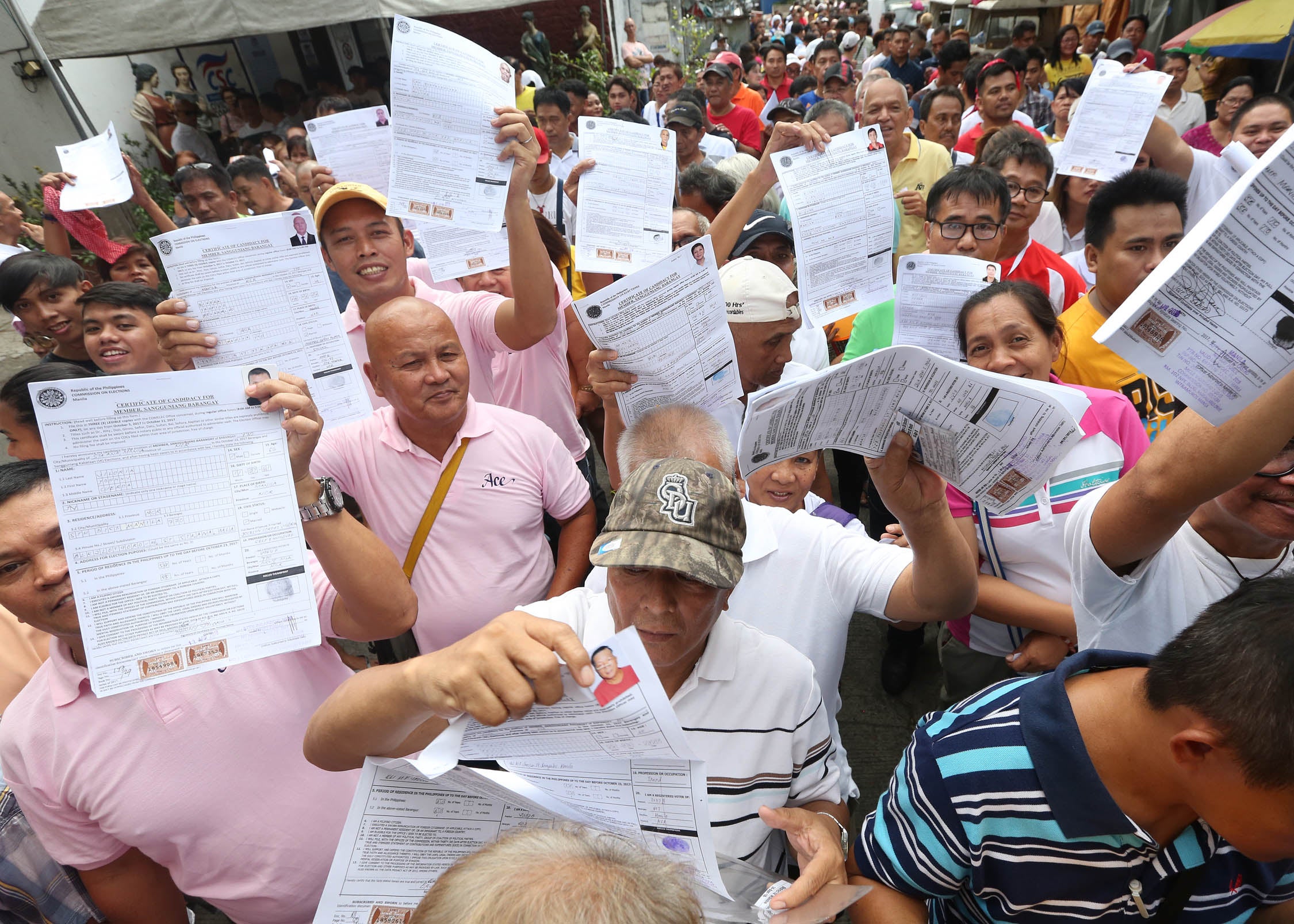 The Commission on Elections (Comelec) has identified about a hundred candidates who have been perpetually disqualified from holding public office due to repeated failure to file their Statement of Contributions and Expenditures (SOCE).

In a list published on its website, the Comelec named 105 candidates who were now prohibited from holding public office.

The Comelec earlier warned that candidates who fail to submit their SOCEs before the deadline risk being “perpetually disqualified to hold public office.”

Section 14 of Republic Act 7166 states that winning candidates who fail to file their SOCEs would be prohibited from holding public office until he or she complies with the requirement.

Likewise, a second or subsequent failure to file their SOCEs would subject offenders to perpetual disqualification to hold public office. /je

Read Next
Sereno ratings dip not surprising, CJ camp says
EDITORS' PICK
Pre-order the new vivo Y20s [G] to get a free TWS earphone
Philippines, US to begin 2-week joint ‘Balikatan’ exercises on Monday
Metro Manila to have shortened curfew hours from 8 p.m. to 5 a.m. under MECQ
Pru Life UK receives four golden arrows for solid corporate governance
‘NCR Plus’ to be under MECQ starting April 12 until April 30 — Palace
Speed up your game with the new vivo Y20s [G]
MOST READ
Stop ‘creeping occupation’ of ‘militia’ boats in WPS, Pacquiao asks China
Bea Alonzo clarifies status of her relationship with Dominic Roque
Convicted former aide of Sen. Bong Revilla dies — BuCor
Locsin to China: ‘Then move out’
Don't miss out on the latest news and information.