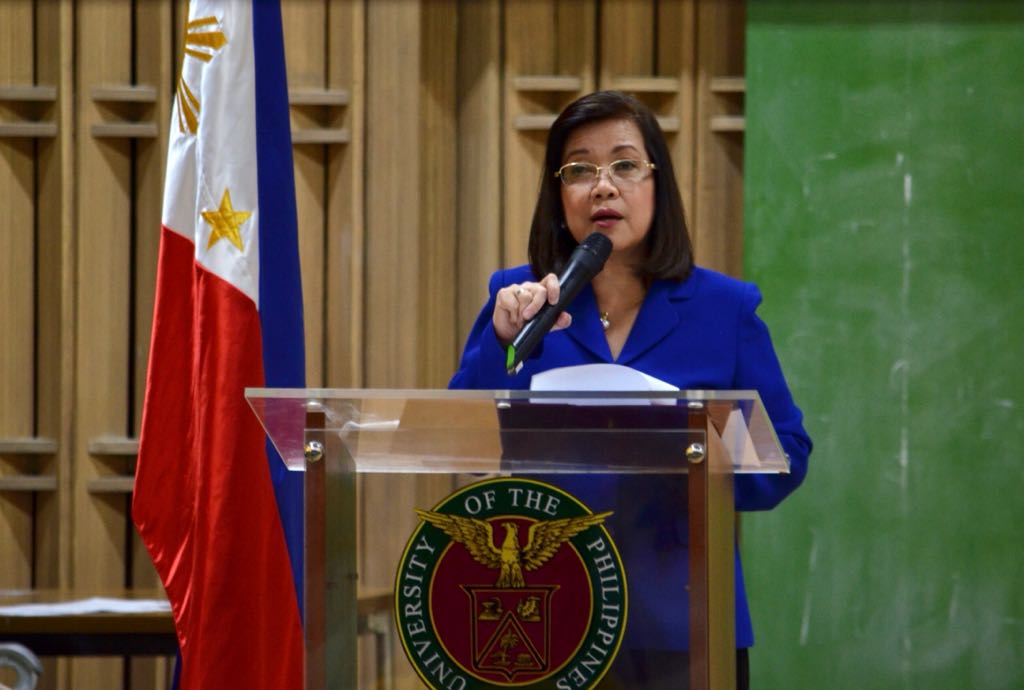 Chief Justice Maria Lourdes Sereno during the Women vs Strongman forum at UP Diliman. Photo by Noy Morcoso/Inquirer.net

The plunge in the satisfaction ratings of Chief Justice Maria Lourdes Sereno was just expected, one of her spokespersons said on Wednesday.

“A dip in ratings is not surprising when there is a well-orchestrated and well-funded campaign against Chief Justice Sereno,” lawyer Josa Deinla said in a statement.

Besides, she said, “what is right is not always what’s popular.”

Deinla added: “The Chief Justice is optimistic that if she will be given her day in court— the Senate impeachment tribunal— she can defend herself and prove that all the allegations against her are baseless and wrong. The Filipino people, too, deserve to know the truth.”

Sereno is facing what seemed to be two uphill battles: First, the quo warranto petition brought against her in the Supreme Court and second, the impeachment proceedings in the House of Representatives and the Senate.

Both challenges were formidable as her colleagues in the 15-member tribunal had publicly shown their disdain against the Chief Justice while President Duterte had directed Speaker Pantaleon Alvarez to speed up her impeachment. /je