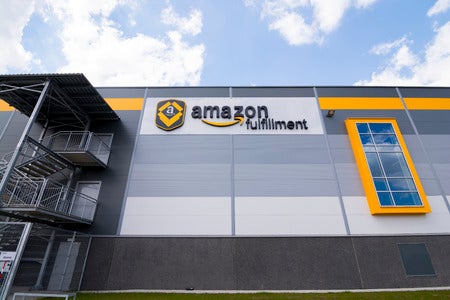 While Amazon is known for revolutionizing e-commerce with its quick delivery system for a variety of products, its workers allegedly sacrifice toilet time to meet the company’s demands.

Workers in a United Kingdom warehouse are forced to urinate in bottles to avoid trips to the restroom, lest they be punished for “idle time.” This is according to James Bloodworth, an undercover investigator who was researching on low-income employees in Britain, reports The Sun.

A rigid system is in place for the fulfillment center workers who work 10-hour shifts; they are tracked on how fast they can find items and package them. Failure to meet targets or having extended breaks results in warnings.

Bloodworth says toilets were so sparse in the 700,000-square foot building in Staffordshire that the call of nature induced fear.

For instance, working on the top floor of the four-storey building means going down four flights of stairs to get to the nearest restroom.

He observed that security was also tight, with employees required to go through scanners and patted down to check for theft.

A February survey by Organise found that nearly 75 percent of fulfillment center workers in the U.K. feared using the toilet because they were strictly timed. Among those surveyed were 241 Amazon warehouse workers in England.

One worker noted, “The targets are now very high and I struggle very hard to try to reach them. For example, when I was hired the target was 80 items per hour, now it’s 120 items per hour! Real slavery!”

The survey also cited workers who were punished for taking sick leaves, including a pregnant employee. One also shared that even with a doctor’s note of a “gastric bug”, s/he was given a “strike.”

An Amazon statement to Business Insider says, “We have not been provided with confirmation that the people who completed the survey worked at Amazon and we don’t recognize these allegations as an accurate portrayal of activities in our buildings.”

The company also denied timing toilet breaks and said that targets were based on how an employee performed before. Leaves are also reportedly allowed with “proper discretion.”

A spokesperson said, “Amazon ensures all of its associates have easy access to toilet facilities which are just a short walk from where they are working.” Niña V. Guno/JB