Duterte seen to place Boracay under state of calamity this week 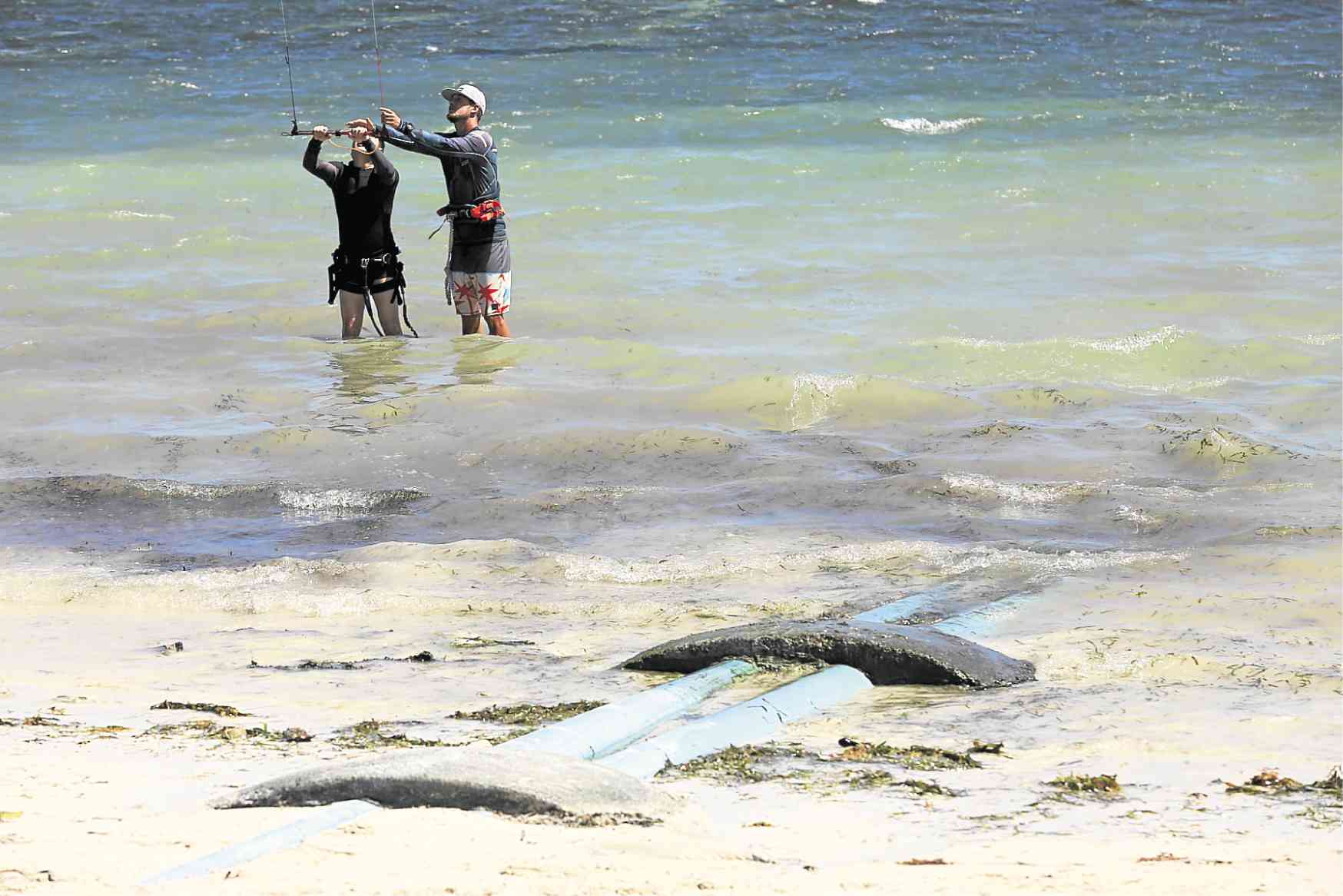 WATER PLAY A drainage for rainwater leads to the sea on Boracay Island’s Balabag village, an area popular for water sports. The island in Malay, Aklan, is confronting problems of pollution and overdevelopment, forcing the government to crack the whip on environmental violators. —LYN RILLON

BORACAY ISLAND, AKLAN – President Rodrigo Duterte is expected this week to place Boracay Island under a state of calamity and issue an executive order shutting down the island to tourists starting April 26, according to Interior Assistant Secretary Epimaco Densing III.

Last February, Duterte said Boracay’s water has turned into a “cesspool” with human waste being discharged into the sea.

More than 2 million tourists visited Boracay last year to enjoy its powdery beaches, spectacular sunsets and festive nightlife, generating about P56 billion in revenue. But the influx of tourists, neglected infrastructure and growth of resort establishments and poor settlements have threatened to turn Boracay into a “dead island” in less than a decade, according to a government study.

The island can only sustain 30,000 people but teems with 70,000 at any time, including 50,000 residents and daily arrivals of about 20,000 tourists, tourism undersecretary Frederick  Alegre said.

Hundreds of settlers have also illegally built homes and structures in forests and protected wetlands over the years, officials said.

Only about 47 percent of the hundreds of establishments are connected to the island’s main sewerage treatment plant, with many of the rest possibly maintaining crude septic tanks and others discharging their waste directly into the sea, Alegre said.

Parts of the 1,000-hectare (2,471-acre) island in central Aklan province could re-open earlier than six months if sewage containment and treatment systems could be built earlier and beach resorts comply with environmental regulations, he said.