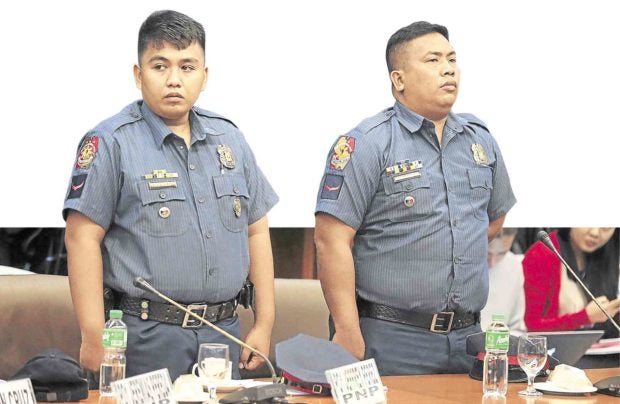 State prosecutors are pushing for the transfer of the case against two policemen accused of murdering teenagers Carl Angelo Arnaiz and Reynaldo “Kulot” de Guzman after a witness testified that one of the victims was killed in Navotas, not Caloocan City.

In an April 10 motion for the withdrawal of criminal information, a panel of Department of Justice prosecutors (DOJ) asked Caloocan Regional Trial Court Branch 122 Judge Georgina Hidalgo to allow the refiling of the murder charges against Police Officers 1 Ricky Arquilita and Jefrey Perez in “the proper court.”

According to the panel, Hidalgo has no jurisdiction over the case.

Aside from murder, the two policemen who used to be assigned to the Maypajo precinct in Caloocan City are also accused of torturing and framing Arnaiz, 19 and De Guzman, 14, whom they claimed engaged them in a shootout.

Their deaths, alongside that of 17-year-old Kian Loyd delos Santos, a resident of Caloocan City, sparked nationwide outcry over alleged police abuses in the conduct of President Duterte’s war on drugs. The killings also prompted the National Capital Region Police Office to order the relief en masse of the Caloocan police force.

The motion to withdraw was based on the testimony of a key prosecution witness, “Joe Daniels,” who told the court on March 2 that he saw Arnaiz, who was on his knees, being shot “on C3 Road, corner Dalagang Bukid and Tanigue Streets.”

A letter sent on April 6 to the office of the Navotas government assessor confirmed that the area fell “within the territorial boundary of Navotas City.”

“For jurisdiction to be acquired by a court in a criminal case, the offense should be committed or any one of the essential ingredients should have taken place within the jurisdiction of the court,” the motion of the DOJ panel read.

In December, the same DOJ panel recommended the filing of charges against Arquilita and Perez in a Caloocan court following a month-long preliminary investigation.

However, the dispute over where the shooting supposedly happened came up only during the trial proper as Dodjie Encinas, the legal counsel for the accused, was cross-examining Daniels.

In a phone interview, Encinas said the refiling of the case would be “favorable” to their cause as this proved that Daniels was an unreliable witness since he did not say that the area where Arnaiz was killed was outside Caloocan City.