IN THE KNOW: Arroyo’s plunder charges 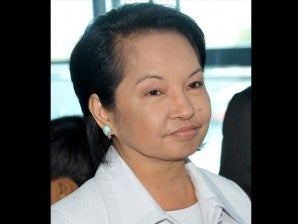 With the impending dismissal of a P72-million plunder case against her,  former President Gloria Macapagal-Arroyo, now a Pampanga representative, still faces five other plunder cases, including the one filed by Bayan Muna Representative Teodoro Casiño and two others. These cases were filed after Arroyo  stepped down from the presidency in 2010.

The P72-million plunder case was filed in the Department of Justice (DOJ) in August 2010 by Danilo Lihaylihay, the president of the Philippine Association of Revenue Investigators, for the alleged anomalous sale of the old Iloilo airport for P1.2 billion to Megaworld Corp. in 2007.

A DOJ panel reportedly recommended the dismissal of the case in a resolution forwarded to the Office of the Ombudsman last week. There are four other pending cases.

1. The first case was filed in the DOJ on April 26 by former Solicitor General Frank Chavez for the alleged misuse of more than P550 million from the Overseas Workers’ Welfare Administration (Owwa) from March 2003 to February 2004.

2. The second case was filed in the DOJ on June 28 by Chavez for the release of nearly P1.6 billion in fertilizer funds to members of the House of Representatives, governors and mayors “for [Arroyo’s] political exercise in 2004.”

Jaime Paule, Rose Lingan-Florendo, Leni Aquino and Jane Fabian, previously named as “runners” in the alleged diversion of the funds, were also included as respondents.

3. The third case was filed in the Office of the Ombudsman on July 12 by Bayan Muna Representatives Teddy Casiño and Neri Colmenares in connection with the alleged misuse of at least P325 million in intelligence funds of the Philippine Charity Sweepstakes Office (PCSO).

4. The fourth case was filed in the Office of the Ombudsman on July 26 in connection with the alleged misuse of P325 million in intelligence funds of the PCSO  during Arroyo’s term. It was filed by Jaime Regalario of Kilusang Makabayang Ekonomiya, retired Brig. Gen. Danilo Lim and Risa Hontiveros of the party-list group Akbayan.