Japanese woman scolded for becoming pregnant ahead of company schedule 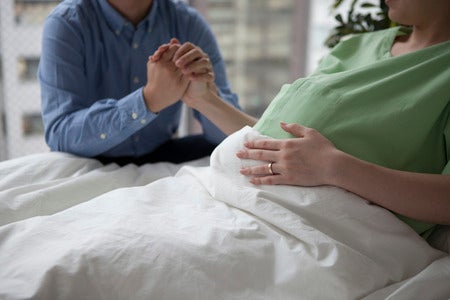 A Japanese woman was greeted with animosity rather than congratulatory words when she told her boss that she was expecting.

The unidentified woman, a childcare center staff in Aichi prefecture, was pressured into an informal practice in some Japanese companies where schedules are drawn on when female workers can marry and have children, reports major Japanese daily The Mainichi.

She and her 28-year-old husband apologized to the center’s director for the pregnancy. However, the woman faced admonishment for “selfishly breaking the rules.”

The husband detailed the discrimination she faced in a letter to the Japanese newspaper.

“The director at the child care center where she works had determined the order in which workers could get married or pregnant, and apparently there was an unspoken rule that one must not take their ‘turn’ before a senior staff member,” he wrote.

“The director grudgingly accepted our apology, but since the next day, has been chiding my wife with harsh words, such as, ‘How could you so selfishly break the rules?’ My wife feels guilty thinking about the hard labor conditions of her colleagues. I am fully aware that we are at fault for not planning well. But who benefits from having their “turn” to have children dictated, and following those rules?”

He noted the irony that his wife worked in an industry which reared children, but could not have their own. “Childcare providers sacrifice their own children to care for the children of others. It is a noble profession that nurtures children who will forge the future of this country.”

“I respect my wife for her commitment to her profession, and continue to encourage her. The conditions of those working to nurture and care for children are evidence of a backward country.”

It seems that the woman is yet another victim of matahara, translated as “maternity harassment.” Despite a law banning discrimination against pregnant women, companies in Japan demote women or ask them to leave when they file for a maternity leave.

Sexism may have implications for it. Women are chided for either being too focused on their careers and neglecting family life or for having a family at the expense of their work.

In 2017, the country dropped three spots to 114 out of 144 in the World Economic Forum’s global gender equality rankings.  Niña V. Guno /ra

Women in Japan too exhausted to date, says survey

Japanese women confront grim taboo by saying ‘me too’