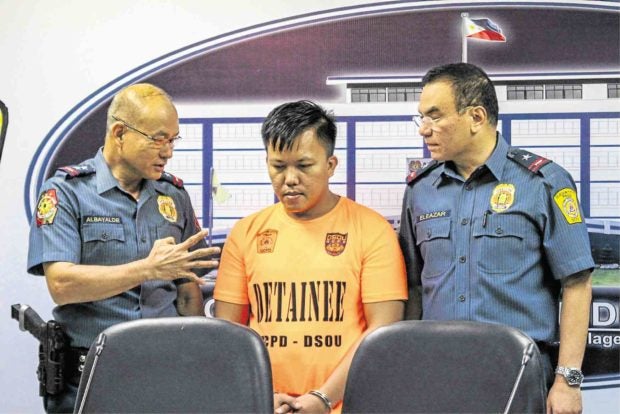 A dismissed police officer, who graduated from the Philippine National Police Academy Class in 2007, was arrested for assuming the identity of some police officials to scam other lawmen.

Jay-are Olaguera, 32, a former police inspector, was caught by the Quezon City police during an entrapment operation at his house on Balubad Street in Marikina City.

“[He tells his victims] that the money is for urgent purposes,” Quezon City Police District director, Chief Supt. Guillermo Eleazar, told the Inquirer.

“Usually, he asks a junior officer to send money to help a senior officer. Since the junior officer would not ask questions and the amount was not huge, some officers fell for his scam,”  he added.

Olaguera was arrested after his daughter claimed the money at a remittance center.