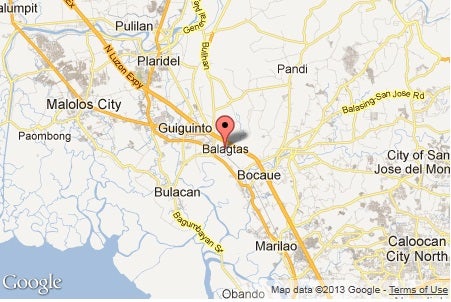 CITY OF MALOLOS—– Malacañang has declared April 2, this year’s 230th birth anniversary of Francisco “Balagtas” Baltazar, as a non-working holiday in Bulacan province.

The province’s Lenten holiday weekend has been extended until Monday through Proclamation No. 454 signed on Mar. 20 by Executive Secretary Salvador Medialdea, which recognized the poet’s influence on contemporary literature. “It is but fitting and proper that the people of the Province of Bulacan be given full opportunity to celebrate in the occasion with appropriate ceremonies,” the proclamation read.

Baltazar is known as the “Prinsipe ng Manunulang Tagalog (prince of Tagalog poets),” and has been remembered for writing the epic, “Florante at Laura.”

The renowned poet hails from Barangay (village) Panginay in Balagtas town (formerly Bigaa). A duel by verse, which was a popular community pastime decades ago, was referred to as the “balagtasan.”

On Monday, the Balagtas municipal government will hold a Mass, to be followed by a wreath laying activity at the monument of Baltazar in front of the municipal hall.   /muf

Read Next
New DOJ panel summons Lim, Espinosa to probe
EDITORS' PICK
Geek out at TOYCON 2022 powered by Smart Signature
UK’s Boris Johnson will resign, BBC reports
High inflation: Your P1 is now worth only 87 centavos
High-risk pregnancy: Reducing your risk is in your hands
Unemployment rate up to 6% in May
House energy committee chair Arroyo bats for cheap electricity
MOST READ
Suspect in grisly killing of missing woman in Bulacan arrested
Kim Atienza’s daughter flaunts bikini body in response to critics of her ‘revealing photos’
Cop slain in Isabela ambush
FDA probes popular Filipino noodle brand for ‘high level of ethylene oxide’
Don't miss out on the latest news and information.