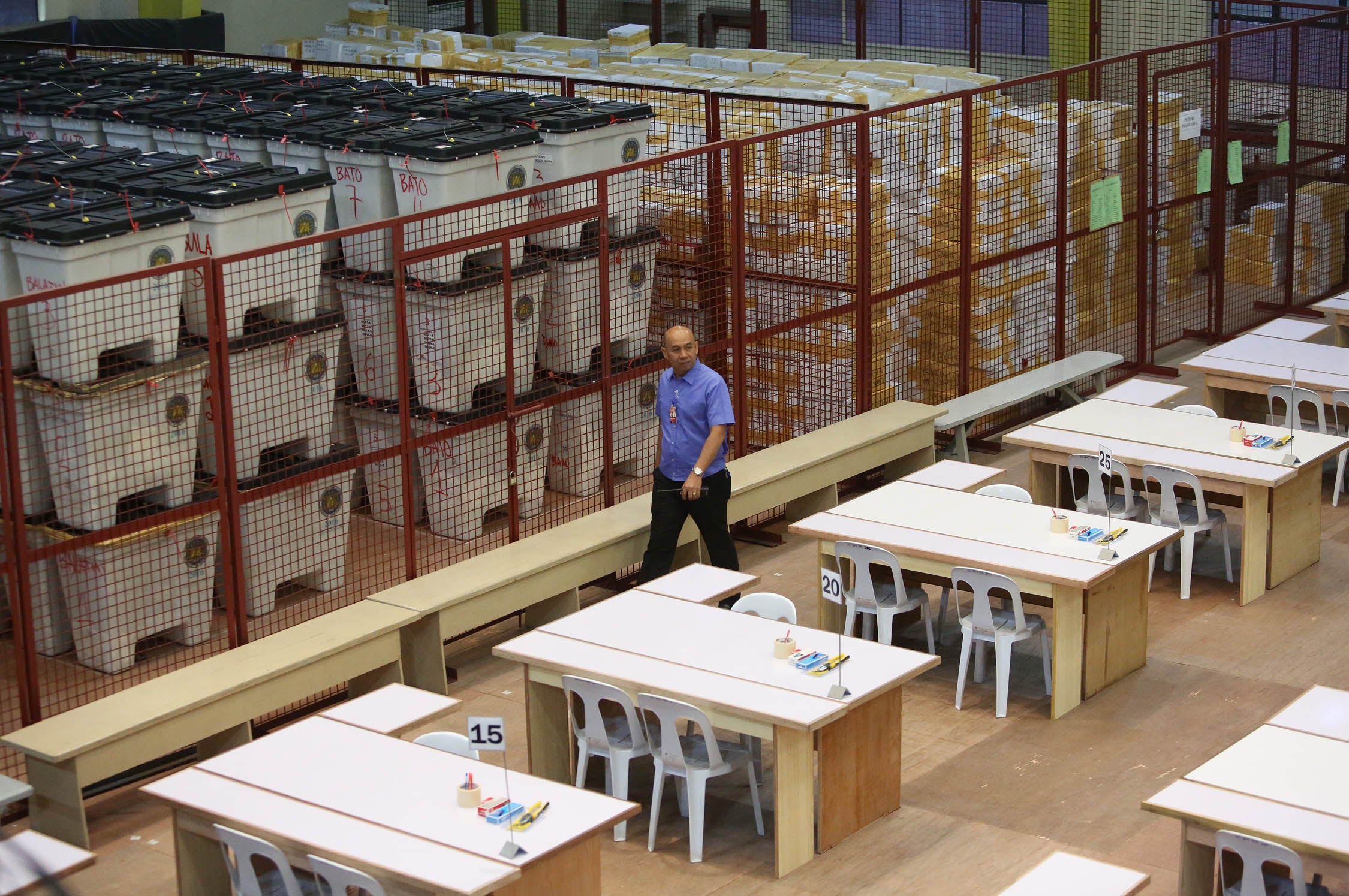 REVISION HALL A former gym on the fifth floor of the Supreme Court-Court of Appeals building on Padre Faura Street in Manila will be the venue of the manual recount of votes in the 2016 vice presidential election. —MARIANNE BERMUDEZ

The challenge to Vice President Leni Robredo’s tight victory over former Sen. Ferdinand Marcos Jr. in the 2016 elections will be settled in a gymnasium.

The Supreme Court, acting as the Presidential Electoral Tribunal (PET), has finished converting its sports gym into a makeshift revision hall where the manual recount of votes for the vice presidential race will take place starting April 2.

Members of the PET ad hoc committee on Tuesday conducted a media tour of the gym on the fifth floor of the tribunal’s parking building on Padre Faura Street in Manila.

It will be a first for the PET, the body created by the 1987 Constitution to tackle electoral protests in the presidential and vice presidential races, to hold an actual recount of votes.

Jose Lemuel Arenas, PET ad hoc committee member, said the electoral body had also turned the third floor of the parking building into a temporary warehouse for the ballot boxes from about 1,800 clustered precincts from Camarines Sur province.

“It also involves the recording of objections of the parties and the marking of ballots based on the objections and claims [raised by representatives of Marcos and Robredo],” he said.

Marcos, who accused the Vice President of cheating him, has identified the provinces of Camarines Sur, Negros Oriental and Iloilo—all known bailiwicks of Robredo—as pilot areas in his poll protest.

Arenas said a total of 5,418 ballot boxes from every clustered polling precinct in the three provinces would be opened by 50 three-member revision committees.

A committee is composed of a head reviser and one representative each from the Robredo and Marcos camps.

Arenas said all head revisers, some of whom had experience in the manual recount of votes in previous election protests, hurdled a battery of tests before they were appointed by the PET.

Ma. Carina Cunanan, another member of the PET ad hoc body, said the committee would ask for additional manpower from the Philippine National Police to augment the five regular security personnel guarding the revision hall and the area where the contested ballots were stored.

Closed-circuit television cameras have been installed in strategic locations in the revision and storage areas as part of the security measures, according to Cunanan.

While the committee could not ascertain how long it would take to finish the recount, Arenas said a ballot box containing less than 300 ballots could be processed in 330 minutes, or 5.5 hours, on the average.