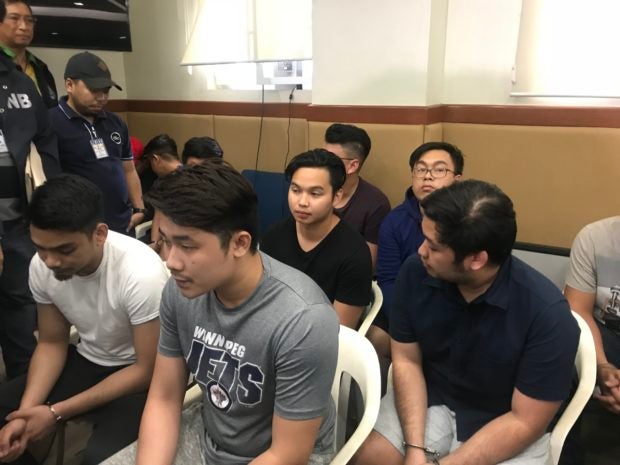 Parents of the 10 officers and members of Aegis Juris Fraternity accused in the death of Horacio “Atio” Castillo III has asked the National Bureau of Investigation (NBI) to allow their sons to remain in their custody.

In a letter to NBI Director Dante Gierran, the parents said their sons would not be safe in the custody of the Manila Police District (MPD).

“Our children will not be safe under the custody of MPD. We wish that you will not place the safety and lives of our children under imminent danger by allowing the transfer of their custody to MPD,” the letter stated.

The parents said operatives of the MPD did not present any warrant of arrest or a search warrant when they entered the house of one of the accused Ralph Trangia.

They maintained that even if there was a warrant of arrest, the police could not enter or search the house of an accused without a valid search warrant.

“Thus, the operatives of the MPD and/or their higher officers who authorized them to unlawfully enter and search the house of accused Trangia are obviously criminally and administratively liable for the same,” the letter stated.

They said Trangia’s parents who owned the house is reserving the right to file the appropriate case before the Office of the Ombudsman for Military and Other Law Enforcement Officers.

READ: All 10 accused in Atio hazing case surrender to NBI