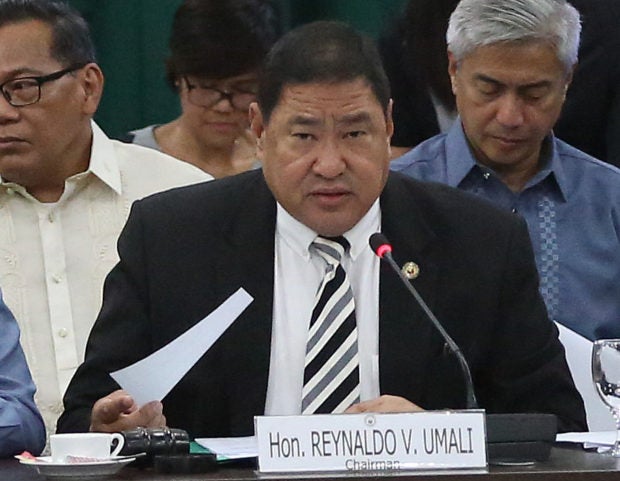 The justice committee of the House of Representatives on Monday approved six articles of impeachment to be brought against Chief Justice Maria Lourdes Sereno, moving the case closer to trial in the Senate.

Headed by Rep. Reynaldo Umali, the committee voted 33-1 to approve a resolution containing the allegations against Sereno and certify the report recommending her impeachment.

Only Quezon City Rep. Jose Christopher Belmonte of the Liberal Party voted against the resolution.

“I agree there are problems, but they are not enough to be considered impeachable offenses,” Belmonte told reporters.

The justice committee voted to impeach Sereno on six grounds allegedly constituting culpable violations of the Constitution, betrayal of public trust and other high crimes:

Not filing financial statements 17 times and not disclosing her true wealth.

Misusing P18 million in public funds, which showed her “grandiose sense of self-importance.”

Arrogating to herself the collegial and deliberative functions of the Supreme Court.

Deliberately and maliciously abusing her position as ex-officio chair of the Judicial and Bar Council.

Deliberately undermining and violating the principles of separation of powers among the three branches of government.

Willfully and deliberately failing to comply with her oath of office through tyrannical abuse of discretionary power.

The justice committee’s report will be submitted to the rules committee headed by Majority Leader Rodolfo Fariñas, which has 10 session days to calendar it for action by the plenary.

The plenary has 60 days to tackle the report and put it to a vote.

A vote of one-third of the House’s 292 members, or 98, is required to impeach Sereno and send the case to the Senate for trial.

Senate President Aquilino Pimentel III said that if the House could transmit the articles of impeachment by May, the trial of Sereno would start in July.

Congress goes on a break this weekend and returns on May 15. Then it goes on sine die adjournment on June 1. —Reports from Vince F. Nonato and Christine O. Avendaño