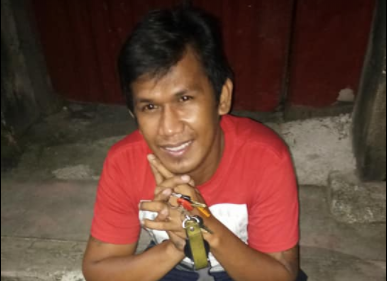 A foreigner was caught spitting at a tricycle driver during a squabble that happened on the service road of Roxas Boulevard in Manila last March 12.

The tricycle driver, identified as 30-year-old Dhenis Agatep of Libertad, Pasay city, was driving passenger Maria Larawan and her young niece around 10:30 a.m. four days ago when the the headlight of his tricycle hit the back side of a foreigner’s car. Agatep said he did not notice that the foreigner suddenly stopped in the middle of the road, which is why his tricycle hit the car.

Agatep, however, mentioned that he wasn’t driving fast at all because there was a child on board the tricycle. “Yung pasahero ko po kasi may kasamang batang babae kaya po hindi aka ganun kabilis na magpatakbo.” 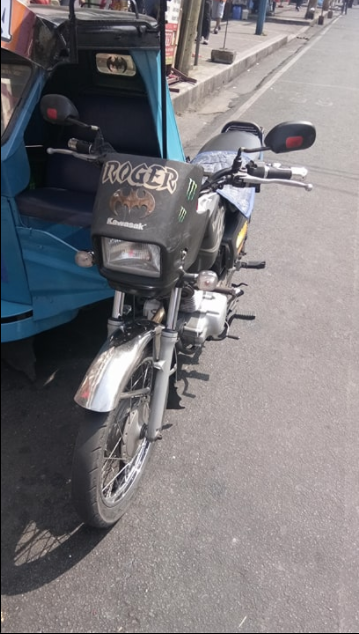 A picture of Agatep’s tricycle showing the black plastic casing of the motor that hit the car.  Image: Dhenis Agatep 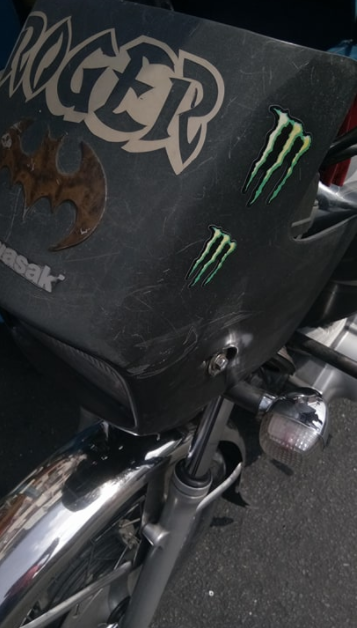 The white abrasion below the “Monster” logo, according to Agatep, was the only part that hit the car. Image: Dhenis Agatep

The foreigner, who remained unidentified, did not take the hit too well as he got out of his car and confronted Agatep. This was when Agatep’s passenger, Larawan, took out her phone to record the confrontation.

The foreigner was the one driving the vehicle, but had a Filipino woman, likely his partner or wife, as his passenger.

As Agatep tried to step down from his tricycle, the foreigner turned to him and that was when he spat at Agatep in anger. Witnesses in the scene can be heard reacting loudly in the video, as they called foul over the foreigner’s action.

When asked why he did not defend himself after being spat at, Agatep said that he admits he was in the wrong. “Hindi ko na po inisip na depensahan ang sarili ko dahil aminado naman po ako na mali ako sa pagkakabangga ko sa kanya.”

Agatep and Larawan were not able to get the plate number of the foreigner’s car, nor were they able to remember its model. Larawan just described it as an SUV and in the video, it can be seen with a brown color. Larawan said they weren’t able to take the necessary information since Agatep blanked out during the incident.

Thus far, not much information is known about the foreigner, nor of his whereabouts. Larawan’s video, on the other hand, has amassed almost two million views after just four days since its uploading.

The video of the foreigner spitting at Agatep may be watched below.