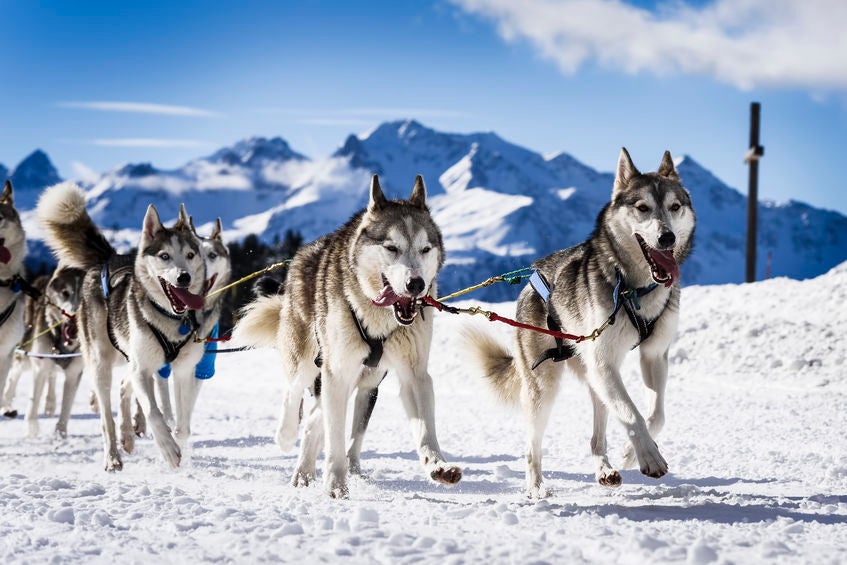 ANCHORAGE, Alaska (AP) — McKenna Wall was driving home last weekend in Fairbanks, Alaska, when she noticed something odd about the sled dog team running on the highway’s shoulder.

She had just attended a sled dog race, but these dogs had no musher on their sled to guide them.

Wall thought it might have been one of the racing teams. While she recorded Sunday’s strange encounter, her fiance Wyatt Dunlap pulled their vehicle ahead of the team.

He stopped in front of six dogs and other motorists boxed them in to stop them from running more.

It turns out it wasn’t one of the teams that Wall saw racing earlier.

Former Iditarod Trail Sled Dog Race competitor Gwen Holdmann said two of her children were giving a friend a ride in the sled.

Holdmann was ahead of them, riding what she called a “snow moped” that looks like a motor scooter on skis, in case anything went wrong.

The dog sled skidded on river ice, and when it hit snow again, tumbled sideway. The children spilled out, the sled righted itself and the dogs, with their load now lightened, continued running.

Holdmann figured the dogs would stop when they got to a river landing. But the dogs had other ideas, made two right turns and found themselves running beside traffic.

Wall said she worried for the dogs’ safety when she saw them.

“I felt kind of panicky, that we should help,” she said. “There was a lot of people kind of hanging out the window trying to keep the dogs off the road.”

All six dogs piled into a Subaru to wait for Holdmann. She had searched unsuccessfully for the dogs in the neighborhood, and when she called police, they knew where to direct her.

“At least they chose to go on the right side of the road,” Holdmann said of the runaway team. “Nobody was hurt, which was fantastic. That’s how you hope things like this will end, because I was pretty scared.” AB