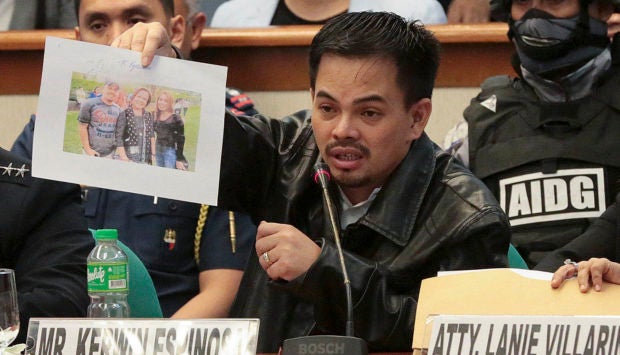 The dismissal of complaint against alleged drug lord Kerwin Espinosa and several other personalities will not affect the drug case against Senator Leila de Lima, the Criminal Investigation and Detection Group (CIDG) said Wednesday.

“My case is not related to De Lima. Although there are facts na yung ating applications ay pwede gamitin… but these are two separate and distinct cases,” CIDG chief Director Roel Obusan said in a press briefing at Camp Crame.

The DOJ dropped the drug charges against Espinosa and other suspected high-profile drug lords due to “weak evidence.” While the decision has been made last December, it was only found out this week after the media obtained a copy of the resolution.

In 2016, Espinosa said in a Senate hearing the he received drug money from de Lima. The latter was detained for her alleged involvement in the drug trade while she served as the Justice secretary during the past administration. /jpv