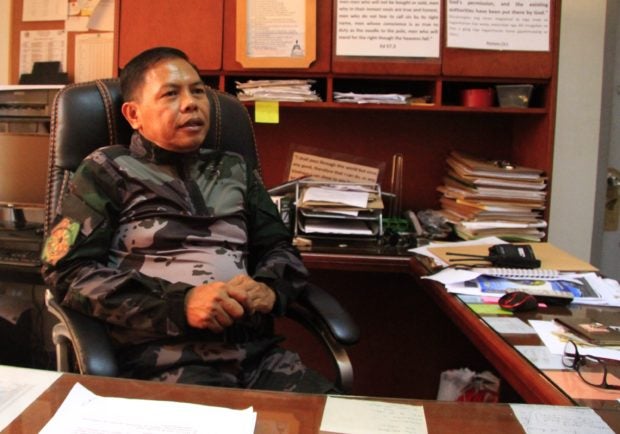 The police officer who ran after alleged drug lord Kerwin Espinosa expressed dismay over the dismissal of criminal charges against the drug personality and fellow accused Peter Lim.

Chief Insp. Jovie Espenido, Ozamiz City police director, raised the possibility on Tuesday that the Philippine National Police (PNP) did not submit Espinosa’s testimonies given during a Senate hearing.

Espenido was the chief of police of Albuera, Leyte, where Espinosa’s father Rolando Sr. was mayor. The police officer arrested Rolando Sr. and filed drug charges against him and Espinosa.

“Kung matandaan natin, he (Espinosa) admitted noon that he is a drug lord sa Senate. Sa Senate sinabi niya yun, may transcript diyan,” he said in an interview with dzMM.

The Department of Justice (DOJ) on Monday cleared the drug trafficking cases filed by the Criminal Investigation and Detection Group (CIDG) last year against Lim and Espinosa.

The DOJ resolution, approved by acting Prosecutor General Jorge Catalan Jr., was issued on Dec. 20, 2017, but it was released to media only on Monday.

Espenido also expressed bewilderment on what happened to the case filed by the CIDG given the protocol of the police to gather concrete evidences against someone.