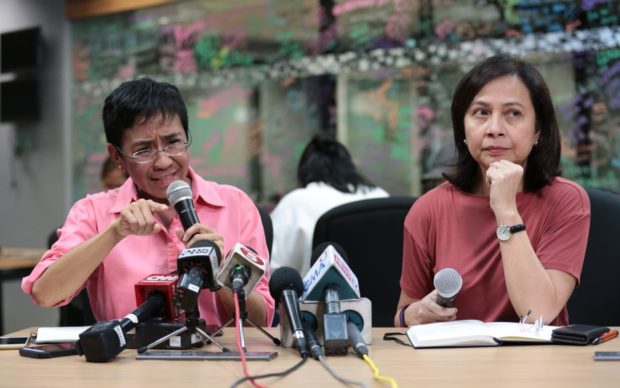 IN A NUTSHELL: The NBI has pursued the cyber libel case against Rappler ♦ Executives of Rappler, in defense, say the case should be dismissed citing prescription period ♦ The complainant in the case claims the article was reposted in 2014 and prescriptive period is 15 years

The National Bureau of Investigation (NBI) has filed a cyber libel case before the Department of Justice (DOJ) against executives of online news site Rappler in connection with the complaint filed by a businessman regarding an article published in 2012.

The transmittal letter was dated March 2, 2018, but released to media only on Thursday.

The case stemmed from the complaint of businessman Wilfredo Keng who was mentioned in the article as the one who lend his sports utility vehicle to the late Chief Justice Renato Corona. The article is entitled “CJ using SUVs of ‘controversial’ businessmen” and posted on May 29, 2012.

The NBI’s transmittal noted that Keng submitted a supplemental affidavit on February 28, 2018, stating “that the prescriptive period for crimes falling under Section 4(c) (4) (of the Cybercrime Prevention Act of 2012) is 15 years.”

Ressa and Santos, in an earlier report, insisted that the complaint for libel against them should be dismissed.

In both of their counter-affidavits, Ressa and Santos said they cannot be prosecuted for libel under the Revised Penal Code (RPC) or cyber libel under the Cybercrime Prevention Act for an article posted on their website in 2012 and updated in 2014.

The NBI noted Keng’s claim that the article where his complaint stemmed was reposted two years after.

“That the subjects did not remove the article in question from their website “may be construed as a tacit approval of the contents of the article, or even more, a direct validation or consent to the publication thereof,” the NBI said.

Ressa and Santos said libel has been totally extinguished by prescription because under the RPC, prescription is only one year.

“Five years have already gone by after the publication of the said article and three years after it was updated, and still, the complainant did not file any complaint before any prosecutor or fiscal for purposes of conducting a preliminary investigation. Also, in the same period, no information in court has been filed against me for writing the said article. Perforce, the crime of libel has already been totally extinguished,” Ressa said in her counter-affidavit.

The NBI is also conducting a probe into the possible criminal liabilities of the executives of online news website Rappler for supposedly violating the constitutional prohibition on foreign ownership of mass media.