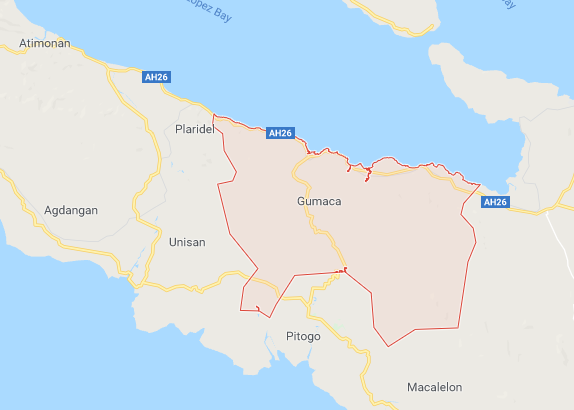 (We are reposting this story – which was originally uploaded on Feb. 4, 2018 at 9:42 a.m. – minus the accident file photo that has no relevance to the article. )

LUCENA CITY – Four persons were killed and four others were hurt in three separate road accidents in Lucena City and Gumaca town in Quezon province Saturday and Sunday.

Report from Quezon police said Felix Bitoin lost control of his tricycle and collided with a Manila-bound Raymond Bus traveling along the Maharlika Highway in Barangay (village) Camohaguin in Gumaca at about 1:45 a.m. Sunday.

One of the tricycle passengers, Wilma Reforma, sustained grave injuries and died on the spot. Another passenger, Michael Jade Bitoin, died while being taken to Magsaysay District Hospital in nearby Lopez town.

The tricycle driver and his two other passengers, Jonathan Arsoa and Mikee Joy Bitoin, all sustained injuries and were confined at the district hospital.

In Lucena, motorcyclist, Gilbert Diamante, died on the spot after his vehicle collided and was consequently run over by a truck tanker in Barangay Dalahican at about 12:20 a.m. Sunday. The motorcycle back rider Rodrigo Destrito sustained minor injuries and is being treated at the Quezon Medical Center (QMC).

Also in Lucena, 63-year old bicycle rider, Manoling Lacuesta, was bumped by a Manila-bound Nissan Urvan van along the diversion road in Barangay Domoit on Saturday afternoon. Lacuesta was rushed by rescuers to QMC but died before reaching the hospital. /cbb