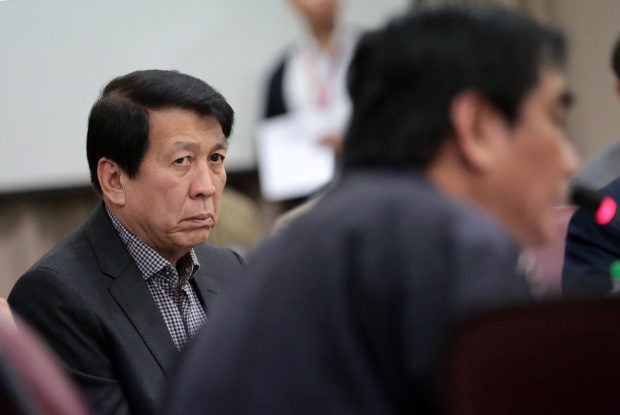 House Majority Leader Rodolfo Fariñas said he is inclined to wait for the decision of the Supreme Court (SC) on the quo warranto case against Chief Justice Maria Lourdes Sereno before the plenary decides on her impeachment case.

“So pag nakikita namin that, ako lang ha, as chairman of the committee on rules, pag makikita ko na (there’s) a serious challenge against the legitimacy of the officer in question why still (proceed with impeachment)? Eh di hintayin ko muna yun,” Fariñas told reporters on Tuesday.

(When we see that, this is just me, as chairman of the committee on rules, when we see that there is a serious challenge against the legitimacy of the officer in question, why still proceed with the impeachment? Why don’t we just wait for it.)

After all, he said the natural processing time of the impeachment case would allow them to wait for the decision of the High Court on the petition to nullify Sereno’s appointment.

“Even in natural progression of time mao-overtakan kami ng SC eh. On or after May 14… that’s the soonest na we could take this up sa plenary, and by May tapos na SC decision nun,” he explained.

(Even in natural progression of time, the SC will overtake us. On or after May 14… that the soonest that we could take this up at the plenary and by May the SC decision is already done.)

House justice committee chair Oriental Rep. Reynaldo Umali earlier explained that their committee is set to vote on Thursday if the 27 allegations under the impeachment complaint against Sereno have probable cause.

Umali said they would craft the articles of impeachment and vote on the final committee report by next week, to be followed by its presentation before the House plenary.

The plenary would then vote if the impeachment complaint would prosper and would be transmitted to Senate, which would sit an impeachment tribunal.

On Monday, the Office of the Solicitor General asked SC to nullify the top magistrate’s appointment after she allegedly failed to completely disclose her statement of assets, liabilities and net worth (SALN) to the Judicial and Bar Council (JBC), which approved her appointment.

Sereno’s spokesperson said the chief justice was “completely unaffected” by the petition, although she laments the long-term impact of such “high-handed maneuvering and operation on the credibility and independence of the Supreme Court as an institution.” /jpv