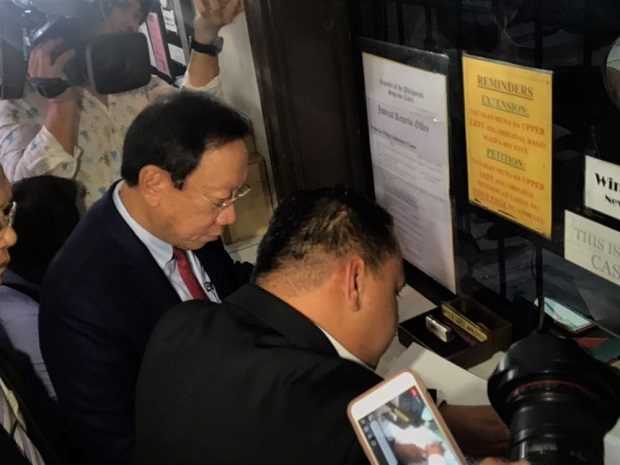 In an “act of kindness,” Solicitor General Jose Calida said he filed a quo warranto case before the Supreme Court against Chief Justice Maria Lourdes Sereno.

Under Rule 66 of the Rules of Court, a quo warranto proceeding is an action by the government against a person who unlawfully holds a public office or holds a position which he or she is not qualified. It is also an action initiated against an association acting as a corporation absent of any lawful authority.

Testimonies during recent hearings in the House of Representatives claimed that Sereno failed to file her statements of assets, liabilities and net worth when she was being considered as Chief Justice, prompting questions about her qualifications for holding the judiciary’s top post.

She is facing the prospects of impeachment by the House and a trial in the Senate which may lead to her ouster as the chief magistrate.

“I don’t expect you to appreciate this but believe me, this is an act of kindness to a fellow lawyer,” Calida said at a press conference.

“The Office of the Solicitor General will not allow you to undergo the indignity that the late Chief Justice Renato Corona suffered at the hands of politicians who unjustly convicted him. You do not deserve that,” Calida said added. /cbb