PGH study on Dengvaxia does not negate PAO findings — Duque 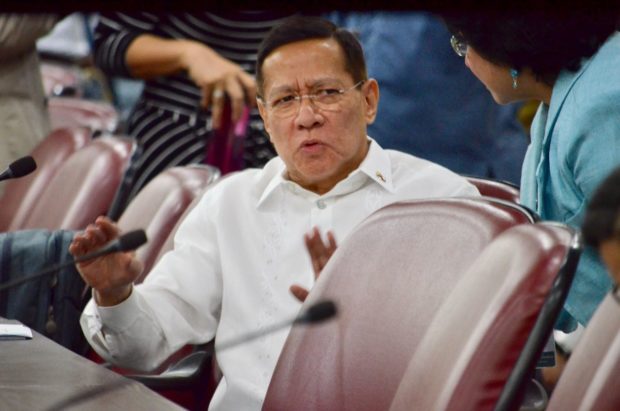 Health Secretary Francisco Duque III on Wednesday dismissed differences in the findings of doctors from the University of the Philippines-Philippine General Hospital (UP-PGH) and the Public Attorney’s Office (PAO) investigating the Dengvaxia controversy.

Duque downplayed seeming conflicts in the findings as he urged the two groups to collaborate.

“We should collaborate and complement,” Duque said.

PAO chief Persida Acosta said that they had sought the cooperation of the Department of Health which they asked to provide a masterlist of all people vaccinated with Dengvaxia, but the agency refused.

She also claimed a conflict of interest with some DOH and UP-PGH officials, noting that the PAO already filed a charge against them and other former officials in relation to the death of a child who received Dengvaxia.

Earlier, Sen. JV Ejercito told the PAO to let UP-PGH handle the autopsy on the children who were believed to have died due to Dengvaxia.

Ejercito made the call after the Doctors for Public Welfare questioned the autopsies being performed by the PAO on the children.

Acosta later disclosed that the leader of Doctors for Public Welfare, former health secretary Esperanza Cabral, was a member of the board of Zuellig Family Foundation, an affiliate of Zuellig Pharma which is Dengavaxia’s distributor in the Philippines.

Ejercito also questioned the qualifications of the chief of PAO’s forensic unit, Dr. Erwin Erfe, whom Acosta defended as qualified.