Sereno to visit courts while on leave – lawyers | Inquirer News

Sereno to visit courts while on leave – lawyers 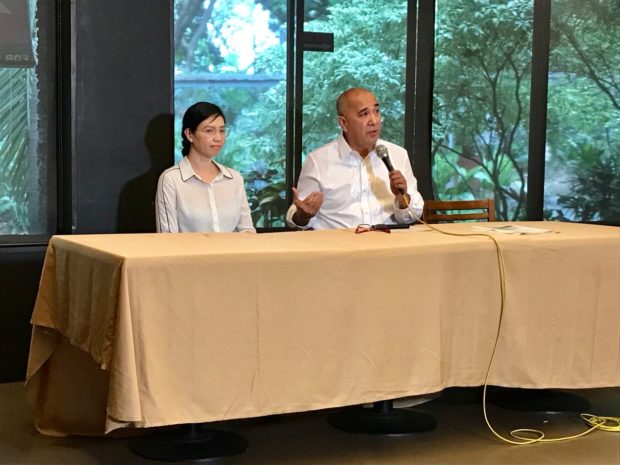 SERENO SPOKESPERSONS. Lawyers Josa Deinla and Jojo Lacanilao answer media queries during a press conference on Wednesday, February 28, 2018, in Quezon City. The lawyers say Chief Justice Maria Lourdes Sereno plans to visit the courts while on leave starting March 1, 2018 to prepare for the impending impeachment trial against her at the Senate. INQUIRER.net / Julliane Love de Jesus

Sereno’s spokespersons disclosed this in a press conference held a day after debates on whether or not Sereno’s co-justices forced her to take a leave from office surfaced.

“Even if she goes on leave, she plans to go around and visit the courts to assure that the staff and employees and judges of the judiciary that she’s alright and she does not intend to resign and that she’s here for the long haul,” lawyer Josa Deinla told the media.

Reports quoting court insiders circulated on Tuesday that SC justices had a heated discussion with Sereno in an en banc session even allegedly threatening that they will go public against her unless she will take a leave of absence.

Sereno’s camp was quick to refute this, asserting the chief magistrate already scheduled a wellness leave from March 12 to 23 but decided to advance it from March 1 to 15 so she could prepare for the impending impeachment trial against her at the Senate, which would act as the impeachment court.